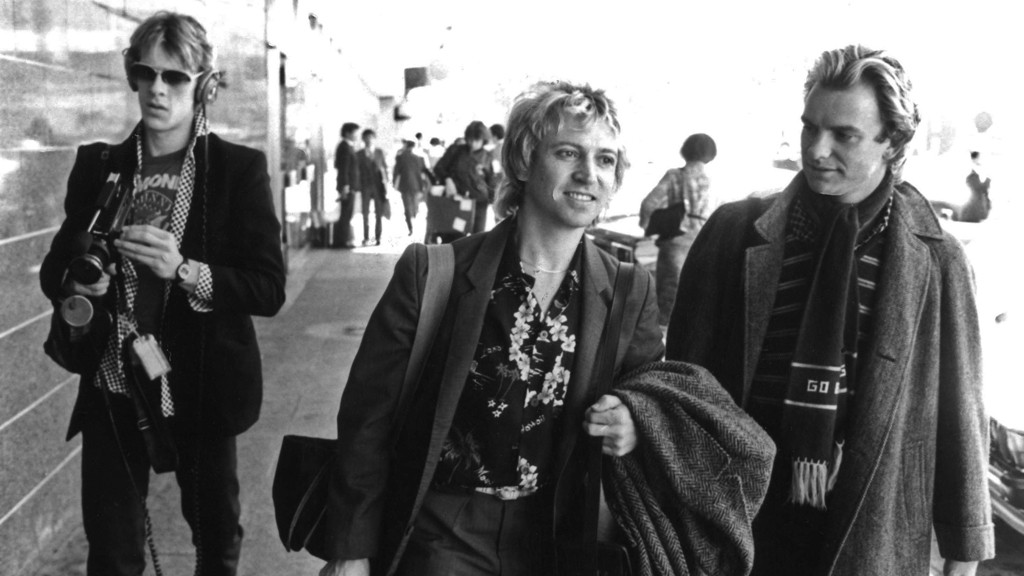 In the creatively combative trio The Police, guitarist Andy Summers is the quiet one, less comfortable with the spotlight than singer/bassist Sting, and more reserved than drummer Stewart Copeland. Director Andy Grieve uses Summers’s memoir One Train Later as the basis for Can’t Stand Losing You: Surviving the Police, a documentary that echoes the musician’s measured tone. Summers was a wunderkind and late bloomer, immersed in London’s Swinging Sixties music scene by his early twenties, but not achieving his own success until nearly forty. (In footage from the Eighties, his decade-younger bandmates try to convince one interviewer that the Andy Summers who played with The Animals and Soft Machine was actually his father.)

Through disappointment and stardom, Summers reads passages from his memoir in calm, deliberate voiceover. Experienced editor and first-time director Grieve weaves in footage of the Police’s 2007 reunion tour (compiled by Lauren Lazin), creating the feeling that Summers is walking in his own footsteps. These choices turn Can’t Stand Losing You into a staid rock ‘n’ roll museum piece, unlike Copeland’s frenetic Everyone Stares: The Police Inside Out, which uses his 8mm tour footage for a you-are-there immediacy.

Both Copeland and Summers (who also documented their touring life in black-and-white photographs) effectively portray the stifling cocoon of massive fame. What Can’t Stand Losing You conveys better is how The Police’s genre-defying sound resulted from three distinct styles (and egos) bashing together. For all his musicianship and persistence, Andy Summers also acknowledges the role of luck – serendipity as much as synchronicity.

Can’t Stand Losing You: Surviving The Police is available on Hulu