Bonobos: Back to the Wild 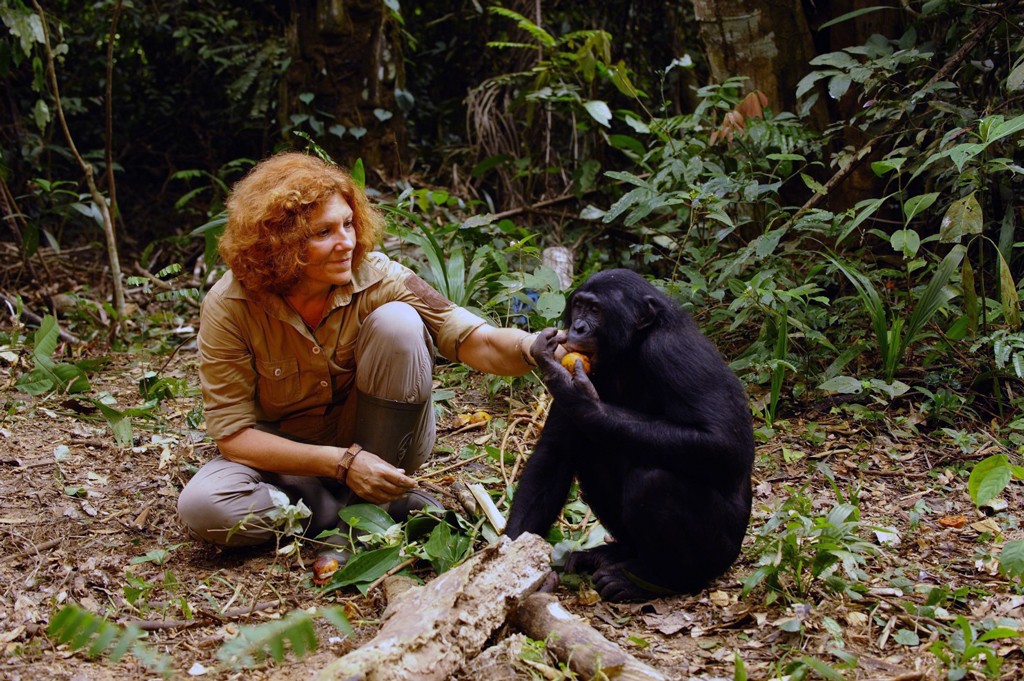 The nature narrative film Bonobos: Back to the Wild introduces the endangered species through the experience of an orphan rescued by conservationist Claudine André. With his mother killed by poachers, Beni is taken from the lush Congo Basin to Kinshasa as an exotic pet. Then André arrives, picking up the caged bonobo with the fierce protectiveness of a social worker removing an abused child. At the Lola ya Bonobo (“paradise for bonobos”) sanctuary, Beni is cared for by “human mother” Espérance in an environment that replicates the female-centered social structure and rain forest habitat of these primates, once known as pygmy chimpanzees.

French director Alain Tixier mixes impressive footage of gregarious bonobos with voiceovers that represent the thoughts of André (Rebecca Hall with a light Cousteau accent) and lead bonobo Beni (an earnest Luke Evans). The anthropomorphizing of Beni reaches the level of a wacky Disney animal tale, which is countered by discussions about free-range bonobo sex (taking place offscreen) and their genetic closeness to humans. Tixier never strays far from a worshipful view of André and her sanctuary, but the film evolves into an interesting primer on the differences between life in captivity and the wild.

Although the Belgian-born André grew up in what is now the Democratic Republic of the Congo, and her interactions with refuge staff and rural villagers are always respectful, there’s a whiff of colonial condescension to her crusade. She aims to educate the Congolese about bonobos, as if coexisting for millennia hadn’t taught them to value the gentle, intelligent great apes who only live in their midst.

Review by Serena Donadoni
Released on July 31, 2015 by Hannover House
First published in The Village Voice, 2015.