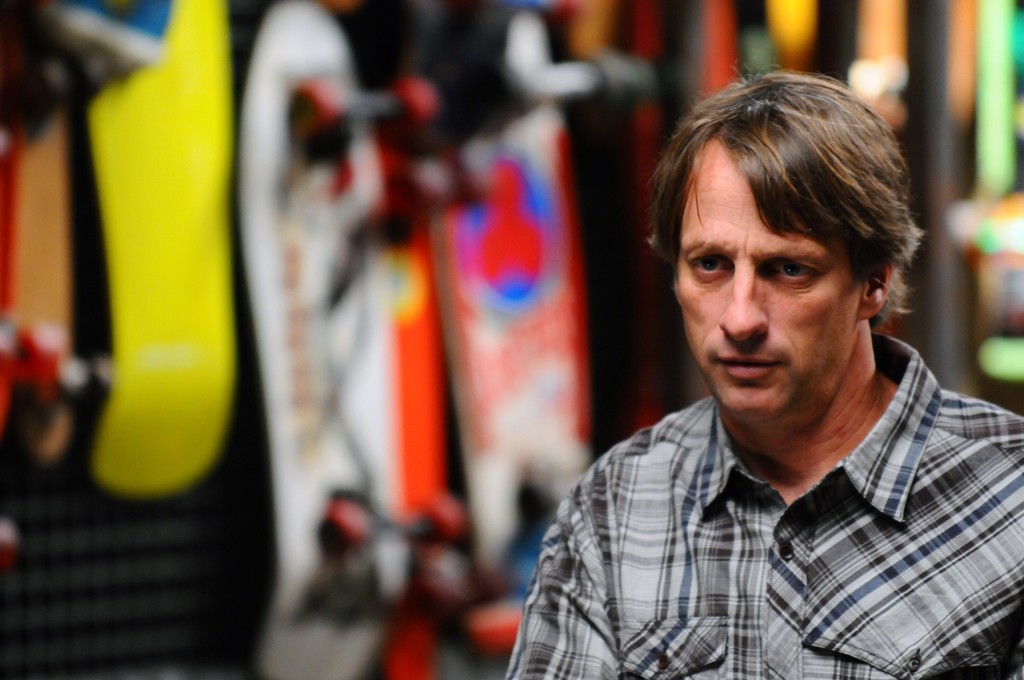 It’s not an overstatement to call Bones Brigade an autobiography: skateboarder turned filmmaker Stacy Peralta formed, sponsored, and guided the influential team. But Peralta puts himself in a supporting role, focusing on the young and promising misfits who became stars by dominating skateboard competitions and monetizing their individual achievements. Like Dogtown and Z–Boys, this documentary is a heady mix of emotional interviews, exhilarating footage, and a driving soundtrack. The intimate, revelatory Bones Brigade transports these pensive fortysomethings back to their amped-up adolescence. Tony Hawk and Rodney Mullen (masters of vertical and horizontal skateboarding, respectively) were polar opposites in temperament, but both found crucial support in the camaraderie of the Bones Brigade. The stoic Hawk was a tireless perfectionist with an encouraging dad (Frank Hawk ran the National Skateboard Association), while the introspective Mullen was a creative innovator with a controlling father. At a crucial point in their careers, each developed an aversion to competition and ranking. Tony Hawk is now the face of skateboarding, but Rodney Mullen is its heart. The seemingly fragile Mullen displays a steely devotion as he articulates how Bones Brigade members pushed the sport to new heights, and marginalized boys turned skateboarding into their own language.

Review by Serena Donadoni
Released on November 2, 2012 by The Film Sales Company
Originally appeared in Indiewire.

Bones Brigade: An Autobiography is available on Netflix