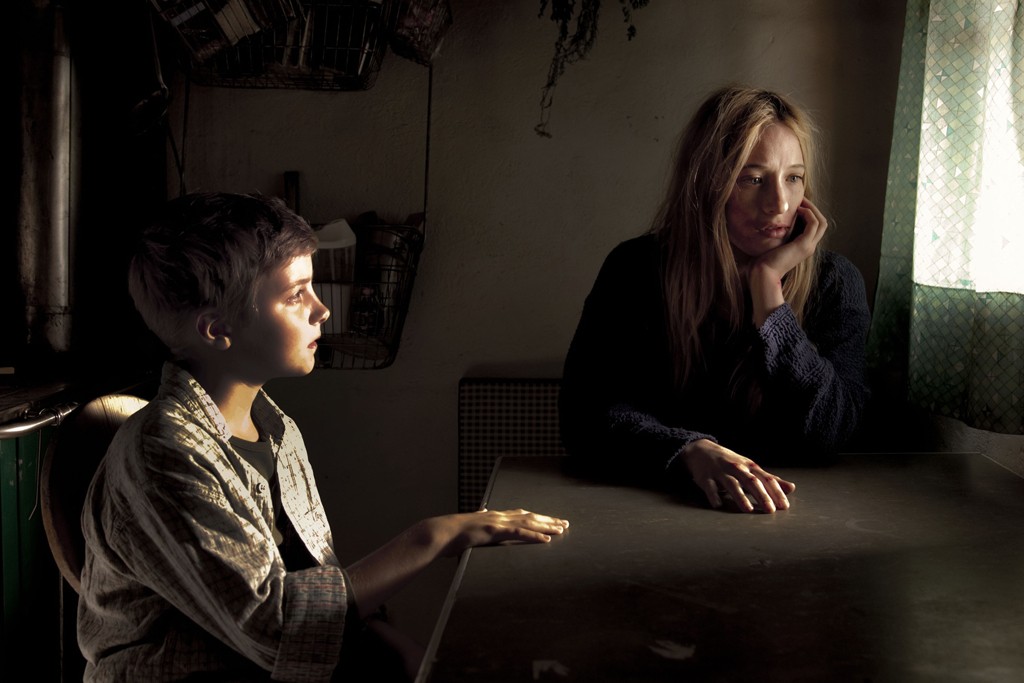 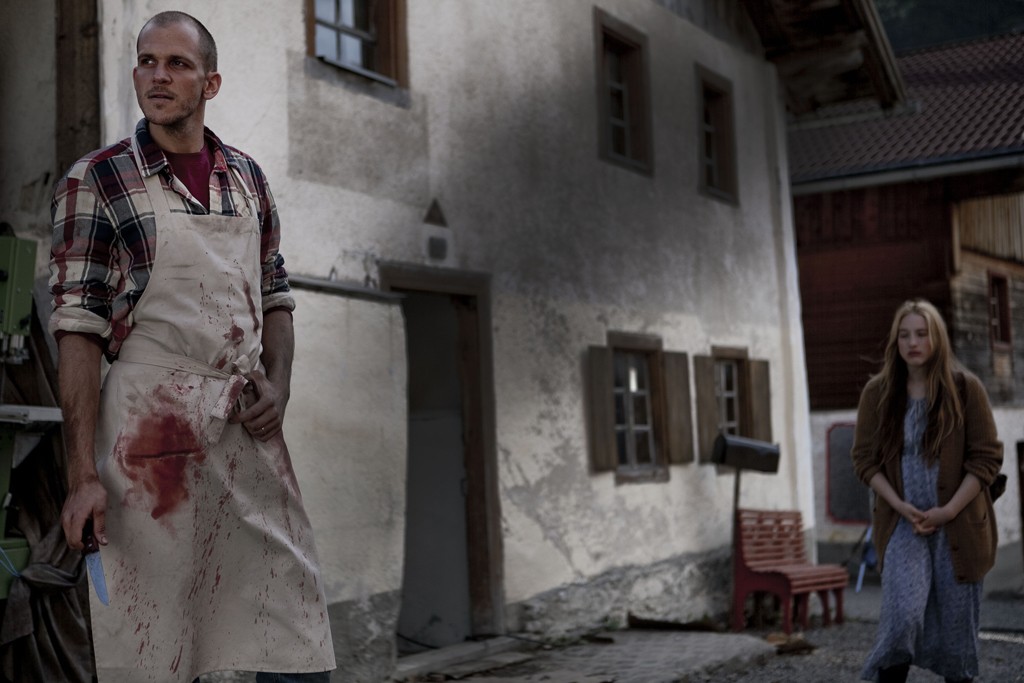 The Tyrolean Western Autumn Blood embraces its contradictions. Beautiful and brutal, sparse and lush, primal and modern, Markus Blunder’s debut feature hovers between the allegorical and the literal. It’s as if Herzog had decided to film a Western in the Austrian Alps with characters who are not only nameless but also nearly wordless. (The little dialogue that’s employed is English.)

While bathing in a mountain pond, the teenage Girl (Sophie Lowe) hears rifle fire and freezes, alert and on guard. Nearby, a Hunter (Samuel Vauramo) has killed a deer and carries it on his shoulders through the dense woods. Every action in this film has an echo, so eventually the Girl will become a faun in his sights, and the image of a limp body and bouncing head will appear again. What keeps Autumn Blood from being hopelessly pretentious: cinematographer Reed Morano’s glorious images of the jagged and verdant alpine landscape, and the intensity of the performances.

Nearly everything is conveyed by facial expression and body language, and Blunder (a veteran of commercials and music videos) knows just how to utilize nonverbal cues. He doesn’t fetishize the Girl’s sexual assault but lets Lowe’s face tell the story, her joyous demeanor hardened by anguish. With a slight shoulder slump, Peter Stormare’s powerful Mayor shows his regret for the tragedy that isolated her family. The structure of Autumn Blood and its metaphors are obvious, but what makes it engaging, even haunting, are the messy flesh-and-blood characters.

Autumn Blood is available on Netflix