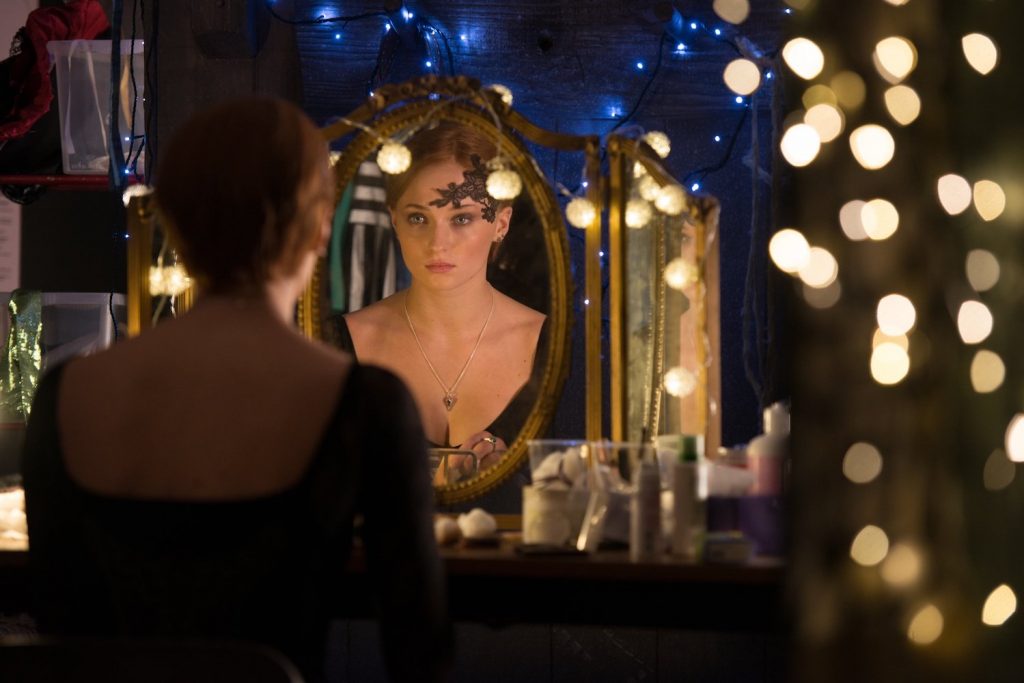 There’s very little mystery in Isabel Coixet’s adaptation of Cathy MacPhail’s young adult novel Another Me, a ghost story often praised for its ambiguity. Fay Delussy (Sophie Turner) is haunted by dreams of a fetch, a spooky double whose appearance portends death. This spectral figure could be an expression of Fay’s adolescent fears and anxieties, but writer/director Coixet manifests her with Turner’s menacing second-person narration (“You’ve always had bad dreams”). For a few brief, intriguing moments it seems as if Another Me will unfold from the perspective of this otherworldly stalker. Unfortunately, what follows is both muddled and conventional.

Fay desperately tries to find an explanation for the eerie sightings of another her, but Coixet’s early revelation of the double saps the search of any suspense. During the awkward wait for protagonist to catch up with audience, Fay vacillates between passive and defiant. Turner never grasps her core personality, and she suffers in comparison to the strong performances of Claire Forlani (Fay’s evasive mother), Jonathan Rhys Meyers (a charismatic drama teacher), and Geraldine Chaplin (the wigged-out neighbor) in underwritten roles. Even better is a wraith-like Rhys Ifans (the only Welsh actor in the Cardiff-set film) as Fay’s beloved father, whose diagnosis of primary-progressive multiple sclerosis heralds the family’s emotional and financial decline. His anguished disclosure of a family secret briefly brings this bloodless mess to life. Perhaps if Coixet (Elegy) had approached Another Me as a family drama instead of a genre exercise, she might have captured its real horrors.