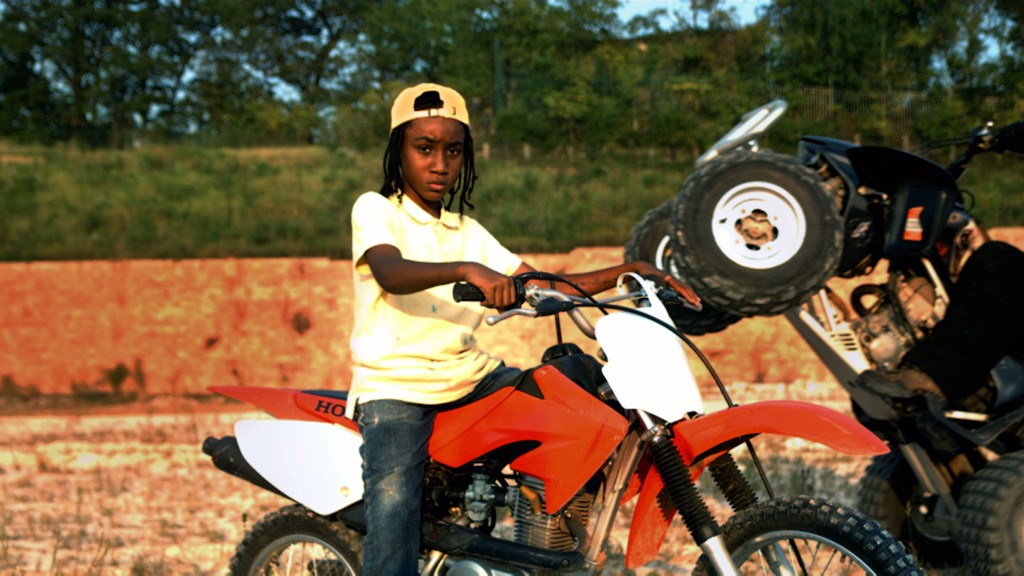 How the Baltimore media sees the 12 O’Clock Boys is laid out in the first minutes of Lofty Nathan’s debut film, when his camera rests on motorcycle enthusiast Pug as the voice of a radio commentator dismisses them as thugs. The teenager wants nothing more than to join the daredevil dirt bikers when they ride en masse through the city streets, popping wheelies so extreme that their front wheels reach the 12 on a clock face.

After establishing the riders’ outlaw status (complete with a vigorous police presence), Nathan shifts to their point of view. “It’s dangerous, it’s fun, it’s exciting and it’s powerful,” says one rider. 12 O’Clock Boys only presents the downside of their activities through the voices of concerned relatives and civic leaders; the thrill-seekers on dirt bikes and ATVs who gather on Sundays to display their gravity-defying showmanship have no hesitation or regrets. “They are free,” says Pug, “they can escape and ride.”

Intimate and immediate, 12 O’Clock Boys gets inside the world of Baltimore riders, whose loose affiliation crosses territorial boundaries and gang delineations. Getting into an off-road vehicle pack makes a rider “neutral,” and the small but athletic Pug finds encouraging mentors who appreciate his resilience. There are many instances when the documentary echoes inspirational sports movies or Stacy Peralta’s chronicles of renegade skateboarders. But the 12 O’Clock Boys aren’t headed for the Motocross circuit, and there are no Bones Brigade endorsement deals in their future. 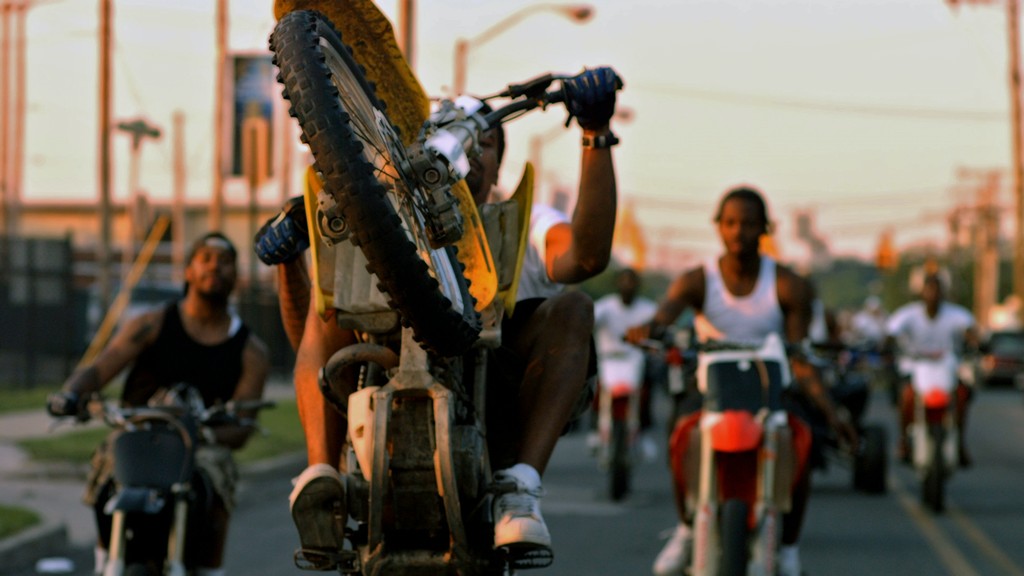 The summertime gatherings are about demonstrating their prowess on the streets of Charm City, being seen in their own neighborhood and beyond. VHS tapes of their exploits were circulated before the arrival of YouTube. Now groups like the Wildout Wheelie Boyz (the initial focus of Nathan’s documentary) post videos online, reaching a global audience. 12 O’Clock Boys captures the riders’ braggadocio in footage that clearly marvels at their abilities, and presents this black male subculture on its own terms. Lofty Nathan sets up an “us versus them” narrative, but doesn’t spell out the laws being broken.

They range from a ban on off-road vehicles within city limits to Maryland’s helmet, muffler and insurance requirements. There are myriad traffic violations and questions of vehicle ownership as well as high-speed accidents that have injured (and killed) riders, bystanders and other motorists. Encounters with law enforcement are chaotic, especially when their policy not to chase dirt bikes and ATVs emboldens some riders to engage in taunts and more reckless behavior. A siege mentality has taken root, epitomized by the police helicopters that track vehicles back to the owner’s residence, where they can be impounded.

None of this deters Pug in the least. Nathan follows the teen over the course of three years, watching his confidence grow as his determination never wavers. From profanity-laced arguments to the death of his gentle older brother, Pug steadily pulls away from his home life and spends more time with fellow riders. He’s also an animal lover who answers the pesky adult question of his future occupation with the pleasing “veterinarian,” but doesn’t see how skipping classes or getting into fights in school might affect that stated goal. An increasingly defiant Pug wants to be noticed, and to be great at something that his peers respect, damn the consequences.

With stunning footage and a choppy narrative, 12 O’Clock Boys captures the paradoxical feelings driving these young men through the streets of Baltimore. Their exuberance and fatalism, camaraderie and insolence, acceptance and isolationism are all part of why they ride.