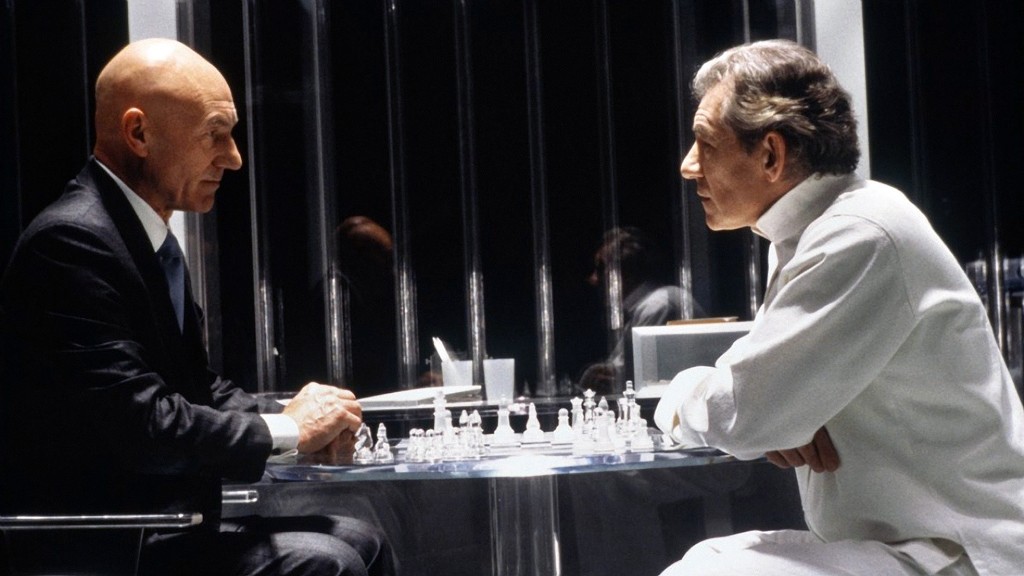 There’s an unintended irony to X-Men: it exists because of the popularity of the comic book series, but the film adaptation has more to offer audience members unfamiliar with the characters. Written by David Hayter (with numerous drafts by other writers behind him) and fashioned as an allegory about the need for scapegoats by director Bryan Singer, this X-Men is a dark and brooding exploration of reluctant superheroes. Unlike the farce Mystery Men, which pokes fun at genre conventions, X-Men is deadly serious, not unlike Tim Burton’s first Batman movies, which overcompensate for the silly, candy-colored camp of the television series with a glumly morose Dark Knight.

In X-Men, being a mutant in a world of intolerant homo sapiens means being the ultimate outcast, albeit one with powers average people can only dream of. In the rhetoric of Senator Robert Kelly (Bruce Davison), mutants are the catch-all fear magnets of the future: the new communists, homosexuals, and even Jews. (Singer opens the film with one mutant unleashing his powers at a Nazi concentration camp.) That most mutants discover they’re different during adolescence – a time so many kids find themselves evolving into freaks and geeks – means the X-Men (and women) automatically gain empathy from anyone who’s ever felt different.

What’s striking about the film is how individual the characters feel, particularly Wolverine (Hugh Jackman) and Rogue (Anna Paquin), two outsiders on the run who find themselves in the middle of a battle of wills between powerful patriarchs Magneto (Ian McKellen) and Charles Xavier (Patrick Stewart). Magento is ready for all-out war and wants humans to feel his pain, while the assimilationist Xavier believes peace can come through mutual understanding. Their diametrically opposed responses to discrimination means that mutants must choose sides (if you’re not with us, you’re against us). Xavier has Cyclops (James Marsden), Storm (Halle Berry), and protégé Jean Grey (Famke Janssen), while Magneto’s crew is comprised of Mystique (Rebecca Romijn-Stamos), Sabertooth (Tyler Mane), and Toad (Ray Park). 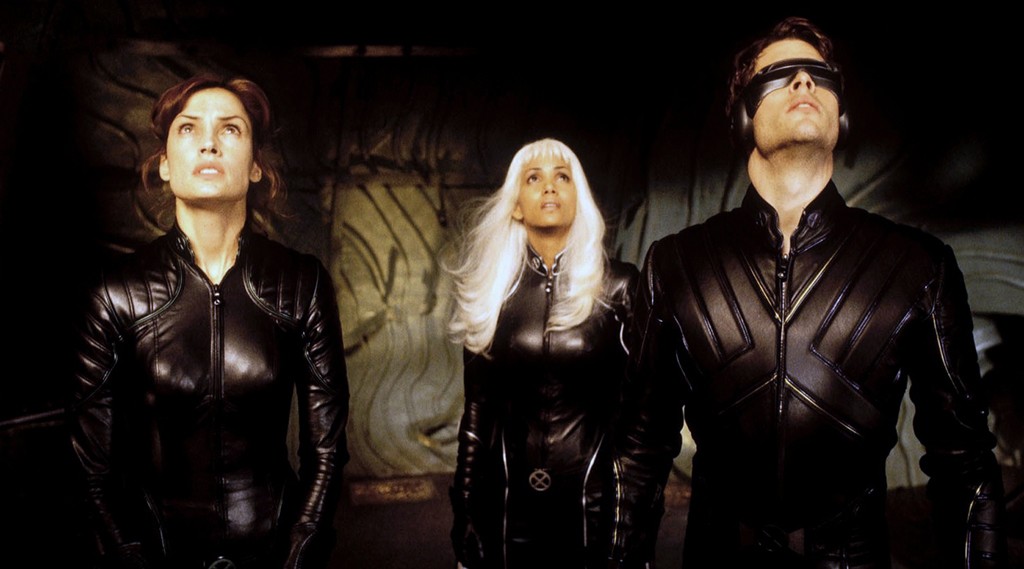 Considering the actors’ diverse experience, there’s a remarkable cohesion to the performances. By approaching X-Men as high drama, Singer (The Usual Suspects) roots their behavior in reality, although no one except Park appears to be having any fun. (The good mutants, in particular, are not only tortured by their powers, but burdened by the responsibility of protecting people who despise them.) Adapting material with a devoted fan base is risky, and the skepticism and expectations greeting X-Men is comparable to the nervous anticipation for upcoming movies of The Lord of the Rings and the first Harry Potter.

This lean and mean X-Men is sharp and focused, packing quite a bit of information into under two hours (along with a storyline ready-made for a sequel). Yet there’s the feeling that reverence for the comic series (created in 1963) keeps this film from being as alive as The Matrix, which establishes its own mythology without preconceptions. X-Men doesn’t feel shopworn as much as stifled, even as it succinctly lays out the mutant’s complex dilemma for the uninitiated: These products of a great evolutionary leap may have a thankless job, but somebody has to save us from ourselves.