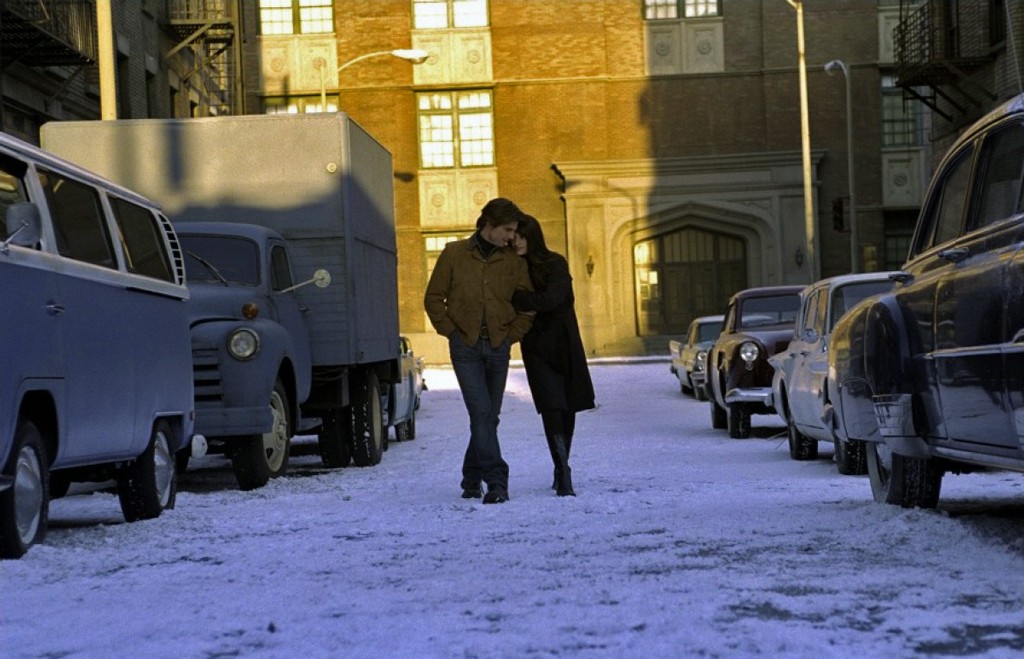 What prompted writer/director Cameron Crowe and producer/star Tom Cruise to remake Alejandro Amenábar’s psychological thriller Abre Los Ojos (Open Your Eyes)? Reinterpreting Amenábar’s stylish (and pretentious) tale of a narcissist who loses everything only to find his soul allows the Jerry Maguire collaborators to explore the American triumvirate of desire – beauty, celebrity, wealth – and for Spanish actress Penélope Cruz to recreate one of her best roles for Hollywood. The resulting Vanilla Sky is the ultimate vanity project.

David Aames should be an easy fit for established Hollywood titan Tom Cruise. This charismatic Peter Pan inherited his father’s publishing empire and fancies himself the crown prince of Manhattan’s media elite, but something essential is missing. Cruise is best playing strivers, men who will themselves to succeed, and his entitled Aames is an empty shell, so devoid of emotional veracity that he embodies the limitations of charm. Careless, vain, and shallow, Aames is irresistible to women like actress Julie Gianni (Cameron Diaz), his semi-regular lover but not the woman he loves.

That is dancer Sofia Serrano (Cruz), the last guileless woman in New York, who David meets when she arrives at his lavish birthday party on the arm of his best friend, writer Brian Shelby (Jason Lee). An obviously smitten David escorts Sofia home and they talk and flirt until morning. When he leaves Sofia, Julie drives up offering a ride. David gets into her car (mint vintage Detroit horsepower) and Julie steers them off a bridge, killing herself and horribly disfiguring him. Crowe then follows Cruise on a bizarre, spiritual journey of self-discovery.

Part romantic fantasy, part noirish detective story (featuring Kurt Russell’s compassionate prison shrink), Vanilla Sky devolves into sappy science fiction whose corny twist ending (like Amenábar’s The Others) isn’t nearly as profound as the filmmaker intends. Disappointing, too, is the dialogue: this smart wordsmith repeats good lines until all their charm is drained away. Cameron Crowe tries to make a case for embracing the harsh vicissitudes of reality over the familiar comforts of illusion. He just forgot to rub the glitter out of his eyes first.

Review by Serena Donadoni
Released on December 14, 2001 by Paramount Pictures
First published in the Metro Times.

Vanilla Sky is available on Netflix