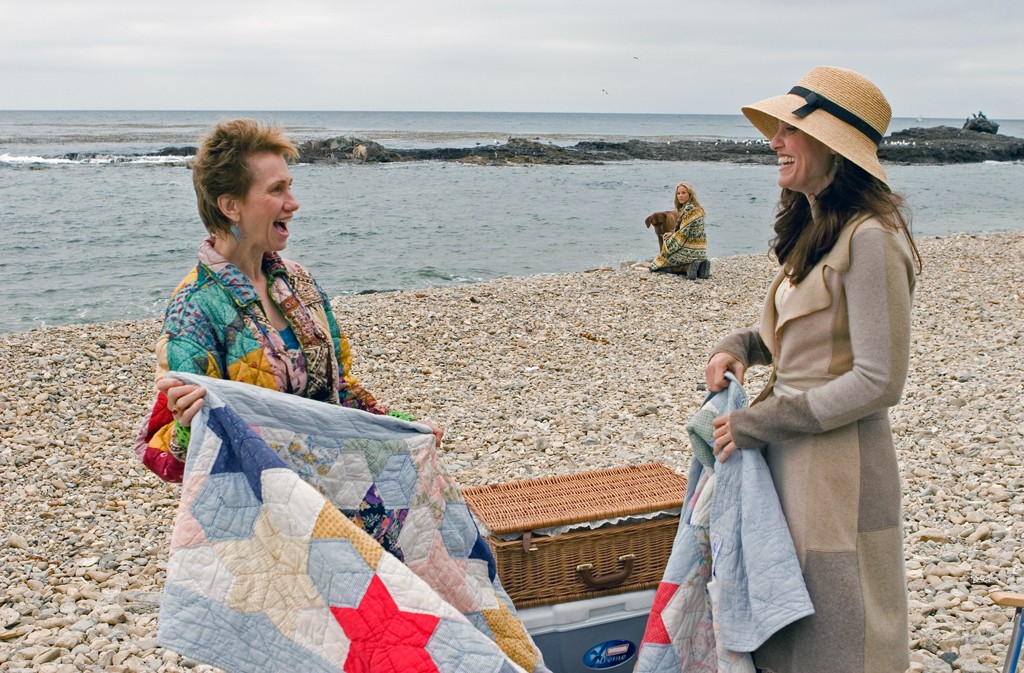 Writer/director Robin Swicord establishes her view of the modern world with a frenetic montage of technology making already testy people feel out of control. How to deal with being overwhelmed by everyday minutiae? She suggests a good dose of Austen to cleanse the palate and savor life anew. The Jane Austen Book Club, which follows six people in Sacramento during the six months they meet to dissect the author’s six novels, is infused with a relentless positivity. Swicord’s unabashed chick flick posits that no matter how painful change can be, it leads to growth and a deeper kind of happiness.

In adapting Karen Joy Fowler’s popular 2004 novel, Swicord makes most of the characters a decade younger and alters the structure. Fowler’s book reads like a series of novellas: each section explores a character’s background and draws parallels to the Austen book they’re in charge of discussing. A screenwriter (Little Women) making her directorial debut, Swicord employs more conventional storytelling, interweaving the various plotlines so characters’ personalities are revealed through interactions and their book club debates.

There’s a comfortable inevitability to the proceedings of The Jane Austen Book Club, with enough pithy language and tidy resolutions to please the author’s devoted fanbase. This terrifically likable film has great ensemble acting, but it still feels uninspired, like a knock-off comedy of manners. The heady rush to judgment in Pride & Prejudice or the achingly suppressed longing of Persuasion are foreign to these circumspect Austen readers, who prefer their grand passions safely filed away in the pages of her books.