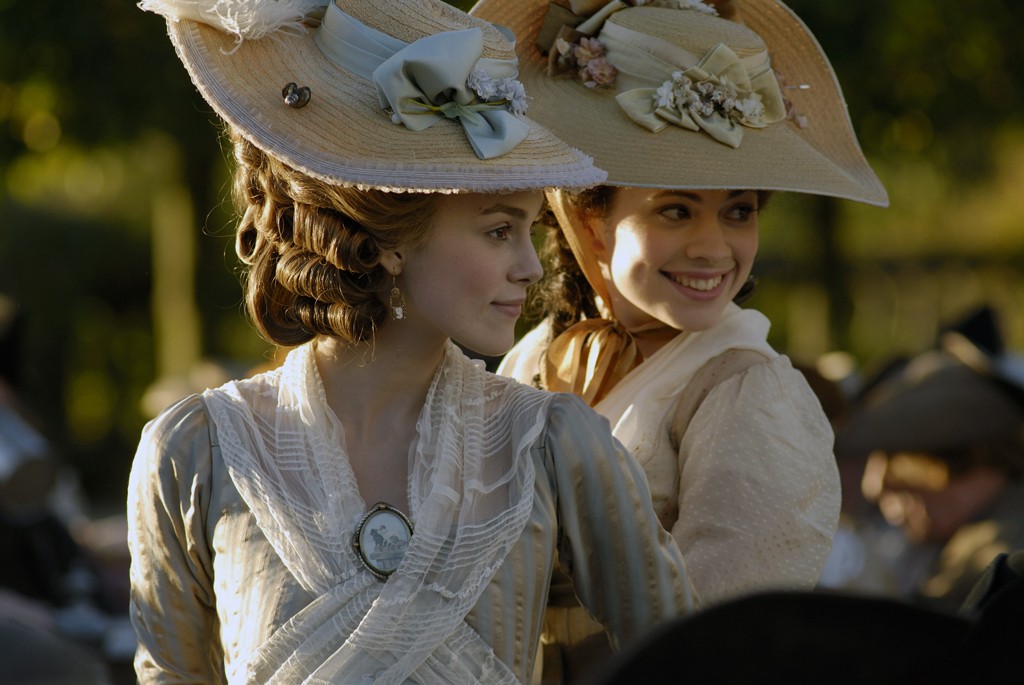 There’s a refined gentility to The Duchess, a regal reticence that mirrors the manners of the eighteenth century English nobility it so carefully undresses. Even in moments of immense emotional turmoil, director Saul Dibb maintains a cinematic rectitude, and always keeps the film on an even keel, smoothly sailing the British peerage through revolutionary waters. Dibb opens the film with his camera stalking Lady Georgiana Spencer (Keira Knightley) as she leads friends on a last boisterous romp at her family’s estate. Soon, the 17-year-old will be joining even higher society as the wife of William Cavendish, Duke of Devonshire (Ralph Fiennes). Despite her new social position, and the expectations that come with it, childish games won’t be ending any time soon. The stakes will just go up.

Using Amanda Foreman’s 1998 biography Georgiana, Duchess of Devonshire as their guide, Dibb and fellow screenwriters Jeffrey Hatcher and Anders Thomas Jensen have constructed a contemporary cautionary tale in fancy dress. The fashion-forward Georgiana, who designs her own intricate gowns, becomes a style icon, influential hostess, and sought-after party guest, her exploits detailed by the populist press. None of which impresses her dour and distant husband, whose primary concern is securing a male heir. The intelligent, vibrant Georgiana doesn’t see breeding as her sole role in life, and indulges in gambling and politics, two pursuits the aloof Duke views as foolhardy. He becomes even more concerned about the latter when the popular Duchess, a celebrity in her time, lends her aura to one candidate: Charles Grey (Dominic Cooper), the raffish Whig Party rising star, who wouldn’t get such large crowds or enthusiastic support without her presence.

Knightley plays the Duchess as a Jane Austen heroine, concerned with love and openly questioning duty, but she can’t quite cope with the thorny psychology of the threesome that develops when Georgiana’s best friend, Lady Elizabeth Foster (Hayley Atwell), moves in on her husband. Fiennes imbues the Duke with prickly impatience, a man uncomfortable wearing the public face his title requires, but quick to use his status to bully his wife into meeting her obligations. The filmmakers eagerly draw parallels between this Spencer and her famous relative, Princess Diana, but Georgiana shares a flamboyant manner and reckless nature with another descendant, Sarah Ferguson. The decorous Duchess certainly rebelled, but she needed a healthy dose of Fergie’s uncouth defiance to really breathe free.

Review by Serena Donadoni
Released on September 19, 2008 by Paramount Vantage
First published in the Metro Times.

The Duchess is available on Amazon Prime and Netflix