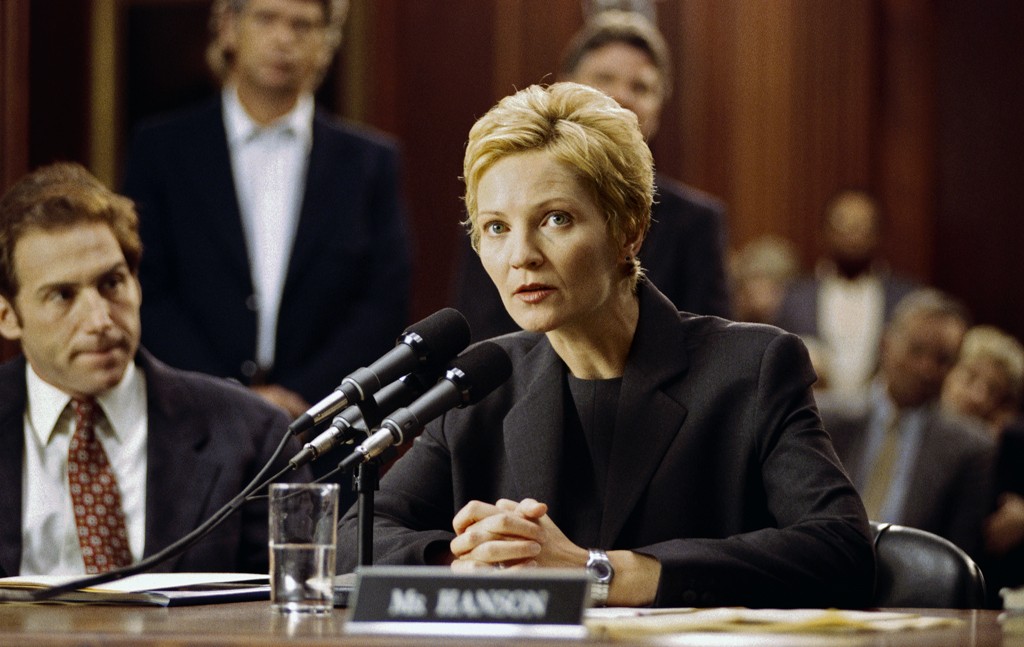 How much of politics is perception, and how much does success depend on doing the right thing at the right time? In The Contender, timing is everything, and what gets captured in the public imagination – regardless of whether it’s true, fair, or accurate – is what counts. The political maneuverings in writer/director Rod Lurie’s second look at presidential life have a jaded weariness, but unlike the leader anxious to prove his strength in Deterrence, President Jackson Evans (Jeff Bridges) is comfortable with power and unafraid to manipulate events in his favor, even the death of the Vice President during his second term. Still fueled by the low-burning flame of liberal idealism, Evans nominates Senator Laine Hanson (Joan Allen) to replace him, against the advice of Chief of Staff Kermit Newman (Sam Elliott).

The President’s allies aren’t his biggest problem. That comes in the unassuming form of Shelly Runyon (Gary Oldman), the right-wing congressman who’s leading the confirmation hearings and harbors ill will towards the administration, an antipathy he cloaks in moral rhetoric. Runyon unearths some startling revelations about Sen. Hanson’s sexual history, and The Contender becomes a detailed lesson in smear tactics and ideological warfare. That it’s a woman whose character is being systematically dismantled before her peers and the country – and who clings to a stoic dignity throughout – is of key importance to Lurie.

Her trial by fire touches on some familiar topics (double standards and the glass ceiling), but Lurie ups the ante by exploring Americans’ unspoken discomfort with female sexuality. He also throws in the larger issue of how much of a private life public officials should expect, especially when the perception of how “good” they are is considered more important than their policy platform. For Rod Lurie, the American president is a tabula rasa etched by our collective fears and desires, so that we do end up getting the leaders we deserve.

Review by Serena Donadoni
Released on October 13, 2000 by DreamWorks
First published in the Metro Times.

The Contender is available on Netflix