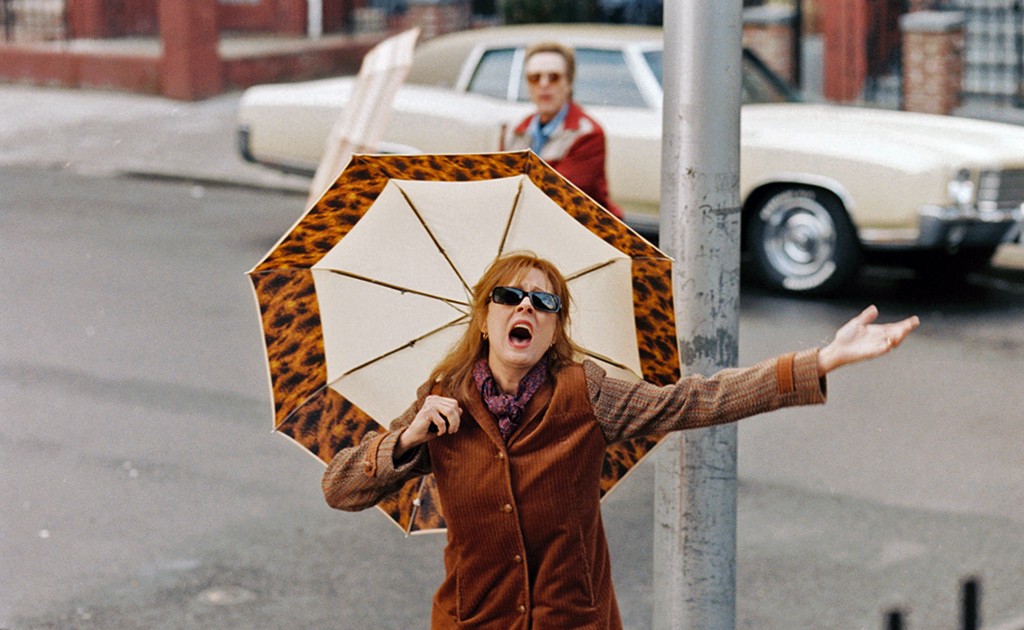 By the time Nick Murder (James Gandolfini) declares that there are “two things a man should be able to do, be romantic and smoke his brains out,” the frenetic Romance & Cigarettes has begun to find its footing. Unfortunately, that’s more than half way through this convoluted mash-up of two influential television programs: the blue-collar marital strife of The Honeymooners (1955) and the stylized, postmodern musical numbers in the milestone British miniseries, The Singing Detective (1986). For his ambition and all-out devotion, you want to root for writer and director John Turturro (Mac, Illuminata). As an actor, Turturro is known for going to emotional extremes, and Romance & Cigarettes is chock-full of larger-than-life characters and over-ripe performances. In the lexicon of musicals, it’s much too much, and just too very very.

At its heart, it’s a simplistic tale of love, betrayal, and redemption. Nick is an ironworker on New York City’s network of bridges, and lives with his wife Kitty (Susan Sarandon) and three daughters – petulant punk Constance (Mary-Louise Parker), needy, love-struck Baby 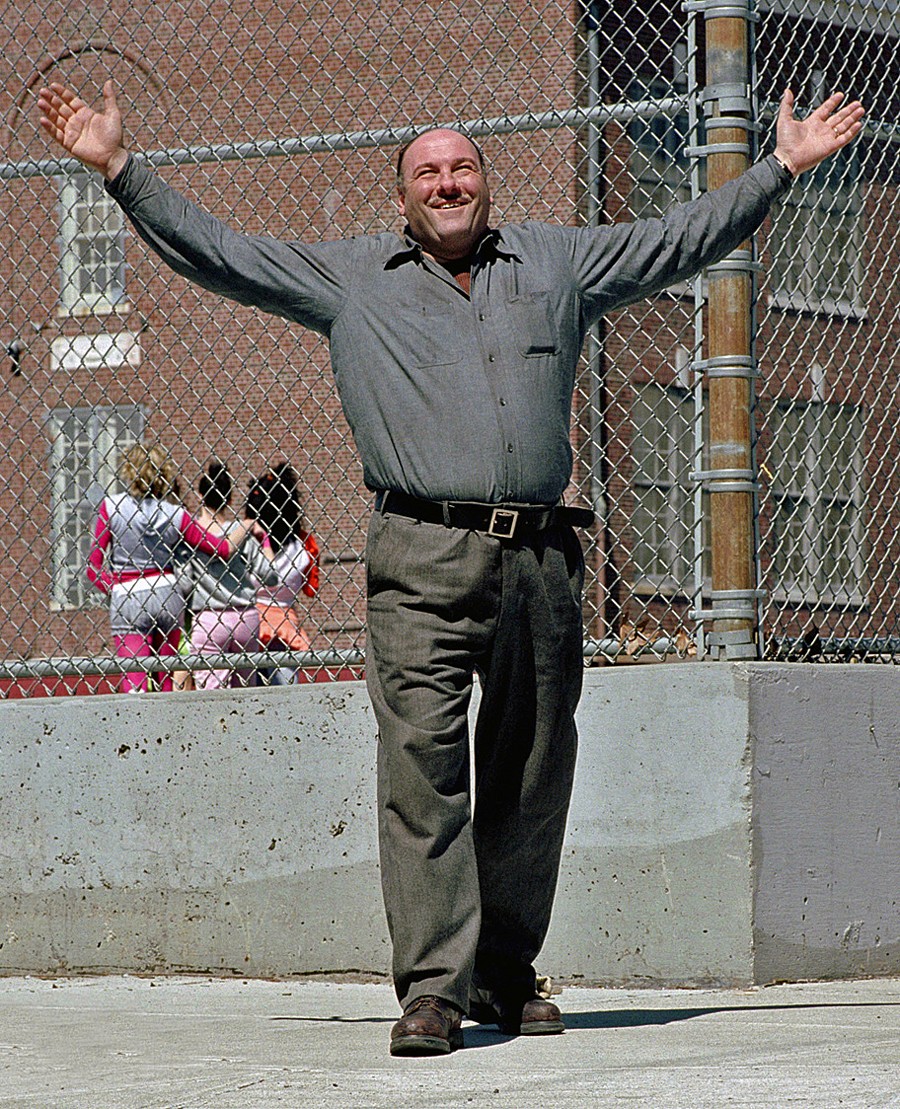 (Mandy Moore), and “not right” adoptee, Rosebud (Aida Turturro, who played Gandolfini’s sister on The Sopranos) – in a Queens bungalow defiantly stuck in the 1950s, both in décor and the attitude of its inhabitants. When it’s discovered that Nick is enmeshed in an affair with the fiery, flame-haired Tula (Kate Winslet, overtly slumming as a lower-class Brit), much anguished shrieking and impassioned singing follows, as everyone takes sides in this pitched battle of the sexes. It’s not hard to see where Turturro stands: he liberally quotes Charles Bukowski in portraying Nick as a befuddled romantic blindsided by his sexual desires (expressed in vivid, explicit language). The women are demanding harpies, walking open wounds oozing anger and resentment.

In this explosive, operatic milieu, it’s not terribly surprising that characters spontaneously break into song. The gambit might have worked if Turturro had his actors lip-synch to these grandly emotive pop songs, or record new interpretations à la Moulin Rouge, or even go karaoke. With a few notable exceptions (a terrific “I Want Candy” performed by the Murder sisters with Bobby Cannavale as a James Brownish go-go boy), he chose to have the original version play while the actors sing along. Being stuck in a car with someone singing along to the radio made for a painfully funny scene in The Heartbreak Kid, but seeing it over and over dooms Romance & Cigarettes (just as it sunk the short-lived television series Viva Laughlin).

It would have been great to hear Rocky Horror Picture Show vet Sarandon belt out “Piece of My Heart” without Dusty Springfield, or Christopher Walken (a stunning song and dance man in Pennies from Heaven) interpret “Delilah” sans Tom Jones’s steel pipes. Near the end, when Gandolfini gently croons “The Girl That I Marry,” his soft, pained voice speaks volumes. It takes a while for Turturro’s crazy patchwork quilt to offer some warmth and comfort, but he finally shows how simple it can be to get love for a song.

Review by Serena Donadoni
Released on September 7, 2007 by MGM
First published in the Metro Times.