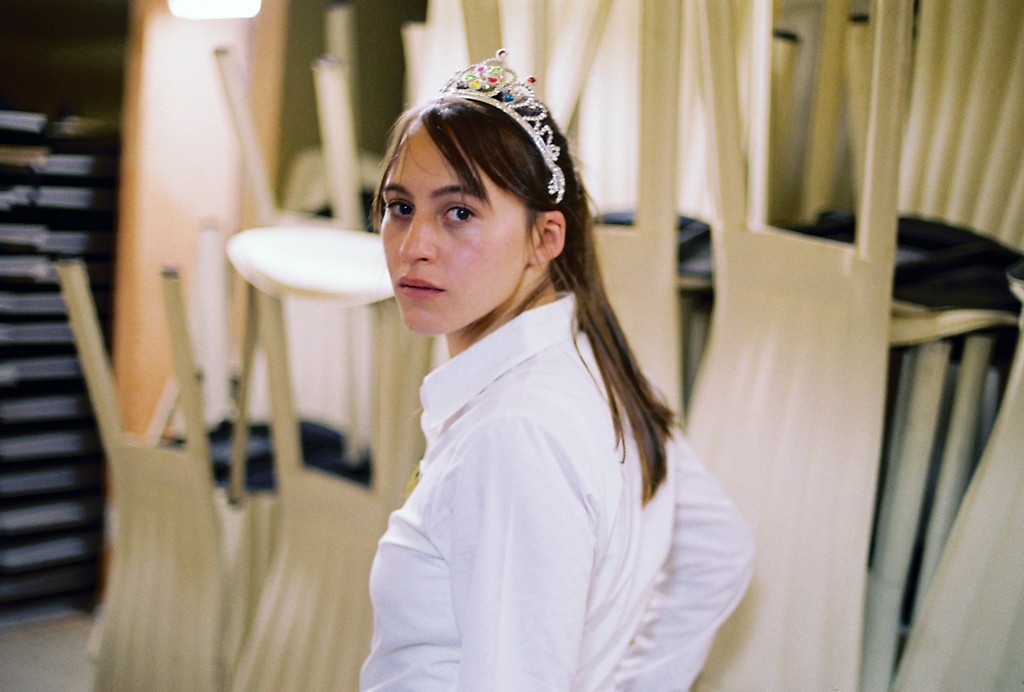 There’s something off-kilter about the Tel Aviv of Jellyfish. It’s not that married filmmakers Etgar Keret and Shira Geffen have tried to find the shadows in the sunny city on the Mediterranean Sea; they present their home base as worldly, prosperous and accessible. But their vision of Israel’s second largest metropolis is slightly askew, reflecting the perspective of three women who are about to be thrown off-balance by seemingly everyday occurrences.

On the evening after her boyfriend moves out of their apartment, taking most of the furniture with him, Batya (Sarah Adler) goes to her job as a waitress at a wedding hall, where her first distracted action is to drop a tray of crudités. Stumbling through her numbing routine seems all too familiar to the glum Batya, who casually admits that she doesn’t trust anyone.

Recently arrived from the Philippines, wedding guest Joy (Ma-nenita De Latorre) is almost grateful at times that she speaks only a few words of Hebrew. Hired as a caregiver for elderly women, Joy invariably finds herself in the midst of bitter family squabbles, even as her own young son angrily inquires about her location and wonders why she can’t be home for his upcoming birthday.

After their impassioned spotlight dance at the wedding, the Russian-born groom Michael (Gera Sandler) downs any brightly colored liquid that might contain alcohol, while neglecting his new bride Keren (Noa Knoller). Prone more to quiet, passive-aggressive behavior than bridezilla screaming fits, Keren finds herself all alone on her big day, stuck in a bathroom stall with no one to help her out.

For Batya and Keren, the break with normalcy comes as a short, sharp shock. After the bride fractures her leg, the newlyweds find themselves at a local hotel distinguished by its perpetual annoyances and Barton Fink décor, while Batya takes in an odd, demanding little girl (Nikol Leidman) who’s part sea nymph, part memory trigger. Joy is the calm counterbalance, absorbing the problems of others while neglecting her own pressing needs.

In their first feature, screenwriter Geffen and her co-director Keret have a gift for turning mundane moments into transformative events. The storytelling is crisp and concise, even when Jellyfish dives headlong into magical realism. As they chronicle the metamorphosis from quiet desperation to unfamiliar contentment, the filmmakers tie up the loose narrative threads a bit too neatly, but their slice of life revelations are served up with piquancy and heart.

Review by Serena Donadoni
Released on April 4, 2008 by Zeitgeist Films
First published in the Metro Times.

Jellyfish is available on Amazon Prime and Fandor