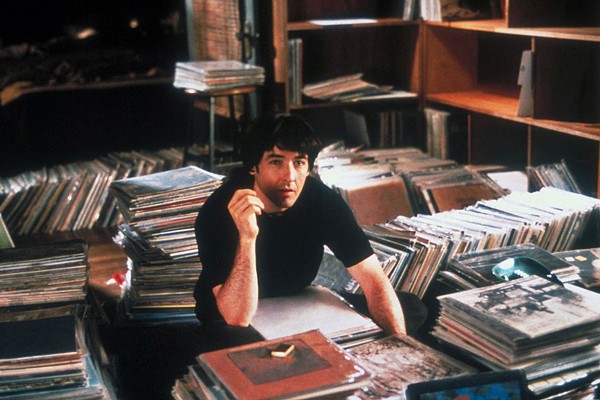 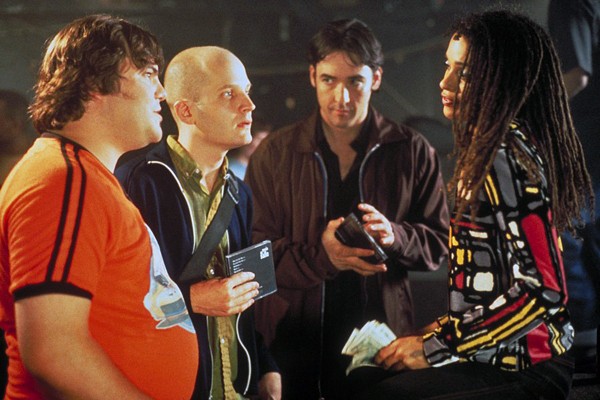 During one of the many times Rob Gordon (John Cusack) directly addresses the camera in High Fidelity, he discusses the making of an effective mix tape and the appropriation of someone else’s art to express your own emotions. For Rob, that’s a telling statement. The owner of Championship Vinyl, a record store which specializes in obscure LPs, he’s a professional music appreciator and lover of minutiae. When his girlfriend Laura (Danish actress Iben Hjejle) walks out, Rob’s first response is to update his Top Five list of devastating breakups and reorganize his massive album collection into autobiographical order. Rob’s needle has been stuck in a groove so long that Laura’s exit shakes him out of a passive complacency. While he may understand passion, he’s absolutely baffled by love.

Since the story is told from Rob’s off-kilter perspective, it could have easily fall into self-indulgence, and the steady hand of director Stephen Frears (My Beautiful Laundrette, Dangerous Liaisons) makes all the difference. (The screenwriting team of Cusack, D.V. DeVincentis, and Steve Pink also co-wrote Grosse Pointe Blank, a film that never fully lived up to its darkly comic potential.) Frears effortlessly shifts between contradictory moods to capture Rob’s bumper car existence. He’s aided by an expertly chosen soundtrack, which ideally compliments the action. The tightly wound John Cusack has rarely been so relaxed or engaging onscreen, and his lived-in performance adds immeasurably to his character, a self-centered prick who also happens to be a decent guy.

High Fidelity is also chock-full of terrific supporting performances: Lisa Bonet (looking eerily like ex-husband Lenny Kravitz) makes an indelible impression as a sultry singer, but it’s Rob’s employees who steal the show, with Todd Louiso playing a space monkey Stan Laurel to Jack Black’s Tasmanian devil Oliver Hardy. In adapting Nick Hornby’s 1995 novel, the filmmakers made some major changes, including shifting the locale from London to Chicago. But like the aforementioned mix tape, High Fidelity is a loving pastiche that manages to coalesce into its own distinctive, and utterly charming, entity.

High Fidelity is available on Netflix