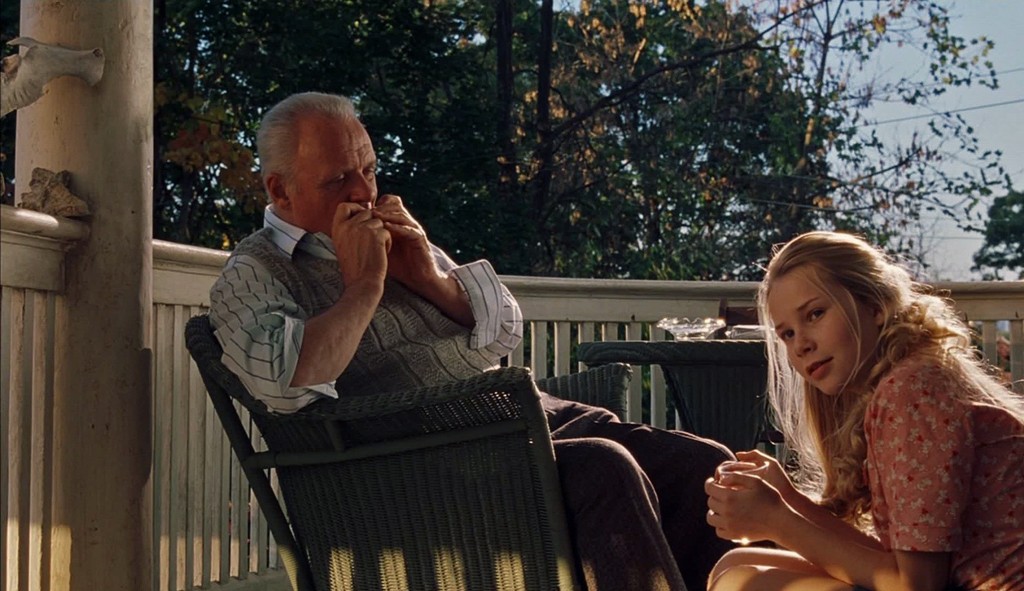 So much of Stephen King’s work has been made into movies because his engrossing scenarios allow terror to bubble up from the submerged fears of his readers. Hearts in Atlantis (based on the stories “Low Men in Yellow Coats” and “Heavenly Shades of Night Are Falling”) showcases his sentimental mode, where the focus is more on character and texture, less on nail-biting plot. This coming of age tale with supernatural overtones contains little of the page-turning drive of King’s most compelling work, and a by-the-numbers script from screenwriting guru William Goldman (Misery) spells out each life lesson enough times to quash the story’s mystery.

Director Scott Hicks (Snow Falling on Cedars) still manages to create a lovely film that captures the nuance of a specific time and place, and cinematographer Piotr Sobocinski (Twilight) bathes Hearts in Atlantis in the luminescent glow of remembered childhood happiness. Events take place primarily during the summer of 1960, when Bobby Garfield (Anton Yelchin) is living in the working class neighborhood of a leafy New England town with his widowed mother Liz (Hope Davis), and experiences first love with the angelic Carol Gerber (Mika Boorem).

Ted Brautigan (Anthony Hopkins), a new boarder with unusual gifts, arrives on Bobby’s eleventh birthday and quickly becomes just the kind of adult friend he needs: an unconventional guide on the thorny path to adulthood. The performances lack nuance, with a promising Yelchin becoming overbearingly precocious, Davis immersing Liz in bitterness (her spite cloaked as concern), and even Hopkins, who grounds Ted’s flightiness with authoritative solidity. He takes the role of King’s stand-in, putting horror aside long enough to show an impressionable boy not to be afraid of life.

Review by Serena Donadoni
Released on September 28, 2001 by Warner Bros.
First published in the Metro Times.