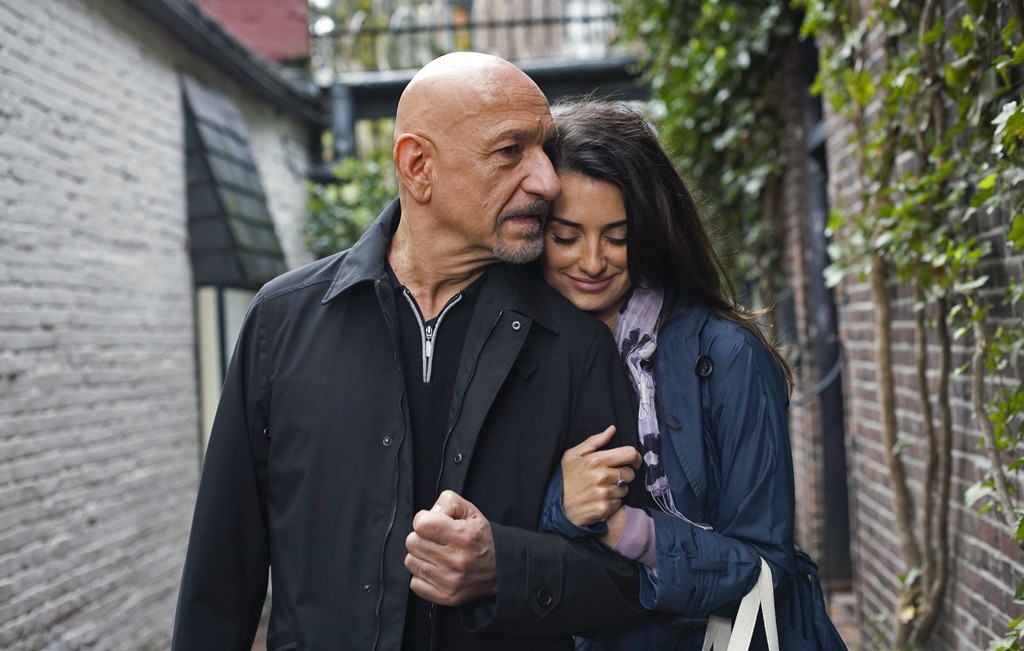 There’s a sexy beast lurking beneath the smooth respectability of academic David Kepesh (Ben Kingsley), one he doesn’t try to hide, even when being interviewed by Charlie Rose. Elegy opens with Kepesh railing against the Puritanical suppression of sexual expression, which wouldn’t flower again in America until the 1960s, with the PBS arbiter of high culture adding his nudge nudge, wink wink of consent. In Spanish director Isabel Coixet’s adaptation of Philip Roth’s novella The Dying Animal, Kepesh is a man ruled equally by two heads, his carnal pursuits as vital to him as his intellectual ones. Scanning the eager faces of female students, he comes upon the demure Consuela Castillo (Penélope Cruz), whose prim wardrobe and Betty Page haircut mark her as a challenging conquest. David makes his move at an end of semester party, showing her his etchings and initiating a seemingly routine affair where he serves as both mentor and lover.

What Elegy captures so well is David’s surprise at the depth of his connection, his Othello-level jealousy and ferocious need for Consuela to want him in the same way he desires her. Screenwriter Nicholas Meyer (Time After Time) emphasizes the tension between the doing and the telling, and constructs an elegiac portrait of a man immersed in the demands of his aging flesh who’s also looking at himself from the outside. Kingsley delivers voiceover narration with perfect bemusement, wondering how decades of delightfully wanton rutting could have led him to this place. It’s only by sharing the details of his attachment with best friend, poet George O’Hearn (Dennis Hopper), that David begins to reconcile his emotional turmoil with the careful balancing act of the erudite hedonist.

Isabel Coixet (The Secret Life of Words) has made Elegy as subdued and well-ordered as David’s immaculately tasteful apartment. Her careful tone and the remarkable stripped-down performances of Kingsley and Cruz turn stereotypes (the lecher and the muse) inside out, revealing a heartbreakingly real relationship. Since embracing her inner Anna Magnani in Volver, there’s a new fervor and naturalism to Penelope Cruz’s performances, and Elegy is her most impassioned English-language role. Her complex Consuela is the perfect life preserver to throw at Kingsley’s Kepesh, a drowning man who doesn’t notice the waters rising around him. She offers a second chance, but no guarantee of safety.

Elegy is available on Netflix