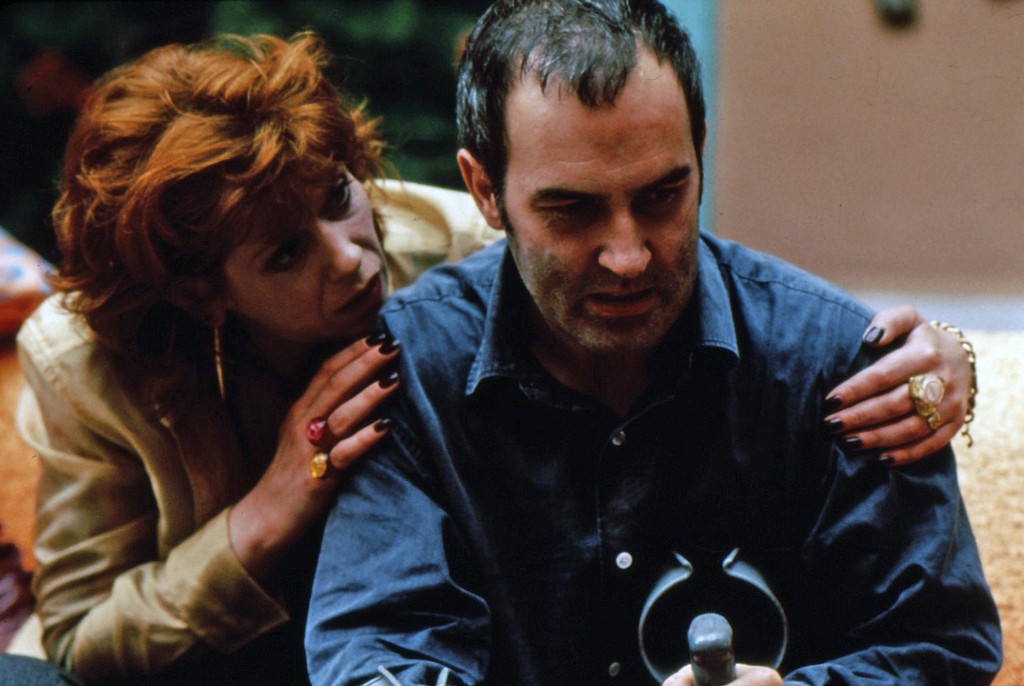 Two men on a crowded London bus suddenly recognize each other and begin a brawl that will land them in side-by-side hospital beds. Once neighbors in a small Bosnian town, this Serb and Croat grew into bitter enemies, and their hatred remains intact even after emigrating to England as political refugees. In writer/director Jasmin Dizdar’s ironically-titled Beautiful People, their pitched (and often comic) battle is merely one expression of the lingering effects of the brutal civil war. Born in Bosnia, educated in Prague, and now a British citizen, Dizdar has created an ambitious, high-energy, and downright messy look at war-scarred characters inexorably drawn to Brits whose own lives are in varying states of collapse.

During the painful dissolution of his marriage, Dr. Mouldy (Nicholas Farrell) counsels a young man (Radoslav Youroukov) whose pregnant wife (Walentine Giorgiewa) was gang-raped by enemy soldiers. Hospital intern Portia Thornton (Charlotte Coleman) introduces her new love, the sweet-natured Pero (Edin Dzandzanovic), to her uppercrust family (including a Tory Member of Parliament). Layabout football hooligan and heroin-user Griffin Midge (Danny Nussbaum) gets a jolt of real hardship when he inadvertently lands in Bosnia and visits a makeshift hospital with bullet-dodging United Nations peacekeepers.

The London of Beautiful People is a multicultural hodgepodge where established outsiders like an Indian welfare official, a Welsh fire bomber, and a Scottish war correspondent (who’s developed “Bosnia syndrome” by identifying too strongly with the victimized) serve as examples of assimilation for the new immigrants. The film is overstuffed, with so many characters and situations that the challenge is sorting them out, but the film’s hope-filled conclusion offers a sense of order – and peace – amid the chaos. Jasmin Dizdar doesn’t assign blame for what happened in Bosnia on any specific group. Between the participants and those who stood around and let it happen, he finds enough guilt to go around.

Review by Serena Donadoni
Released on February 18, 2000 by Trimark Pictures
First published in the Metro Times.

Beautiful People is available on Amazon Prime and Netflix