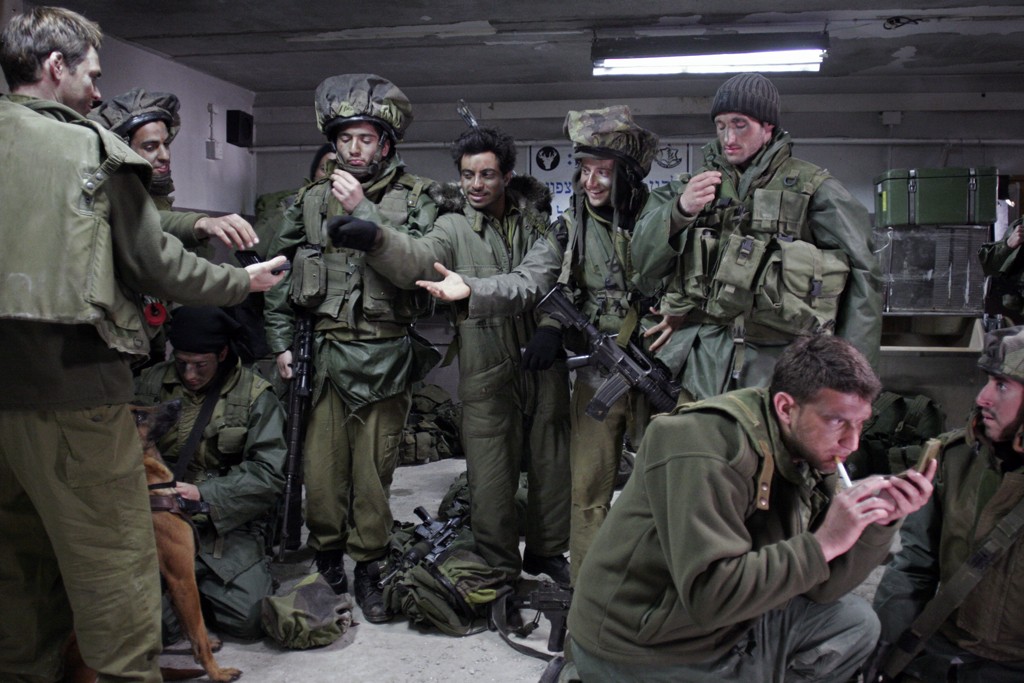 In war movies of the post-Vietnam era, it’s not uncommon for filmmakers to make foreign landscapes seem surreal, mirroring the disorientation troops feel on alien soil. Writer/director Joseph Cedar has taken it a step further, imbuing real combat with the aura of science fiction. The Israeli Defense Force (IDF) soldiers guarding Beaufort in southern Lebanon could just as easily be on a remote outpost of some post-apocalyptic landscape.

For the first half hour, when bomb squad specialist Ziv (Ohad Knoller) is brought in by helicopter to clear a device blocking the only road to the fortified compound, Cedar creates an atmosphere thick with tension. The soldiers Ziv encounters are sharply cynical, resigned to their station at the edge of the world, routinely announcing “incoming, incoming” as mortar attacks light up the night sky like lethal fireworks. Their tunnels resemble the corridors of a space station, and the heavy layers of camouflage gear seem thick enough to protect against the atmosphere itself.

It’s a bracing set-up, immediately bringing audiences into the specific mindset of these soldiers, whose situation is tenuous. As eternal as their duty may seem, they’re actually short-timers: it’s 2000 and Israel is planning to pull out of Beaufort, which they’ve held since 1982. Liraz (Oshri Cohen), the stubborn and volatile officer-in-charge, expresses frustration at the bureaucratic delays and political machinations that keep his men in harm’s way as Hezbollah increases the frequency and severity of their attacks.

But when it comes to the members of his unit (who Liraz calls “kids,” even though he’s only 22), he has to maintain morale until the final order for evacuation. The taut script by Ron Leshem and Cedar follows their final days at Beaufort (condensed from Leshem’s novel, which takes place during the last year), and details the measured response of dutiful soldiers confronting hostility and futility.

Joseph Cedar (Time of Favor, Campfire) spent part of his military service stationed at Beaufort, and he captures the tedium and exhilaration, the isolation and fear, the bonding and rituals of the Jewish troops. This insider’s knowledge extends to a key scene when some soldiers foray to the old fort, a twelfth century structure built by Crusaders that’s untouched by the contemporary conflict. Outside their bunker, they allow themselves to question their presence at Beaufort, while enjoying a brief moment in the sun.

Review by Serena Donadoni
Released on January 18, 2008 by Kino International
First published in the Metro Times.

Beaufort is available on Amazon Prime, Fandor, and Netflix