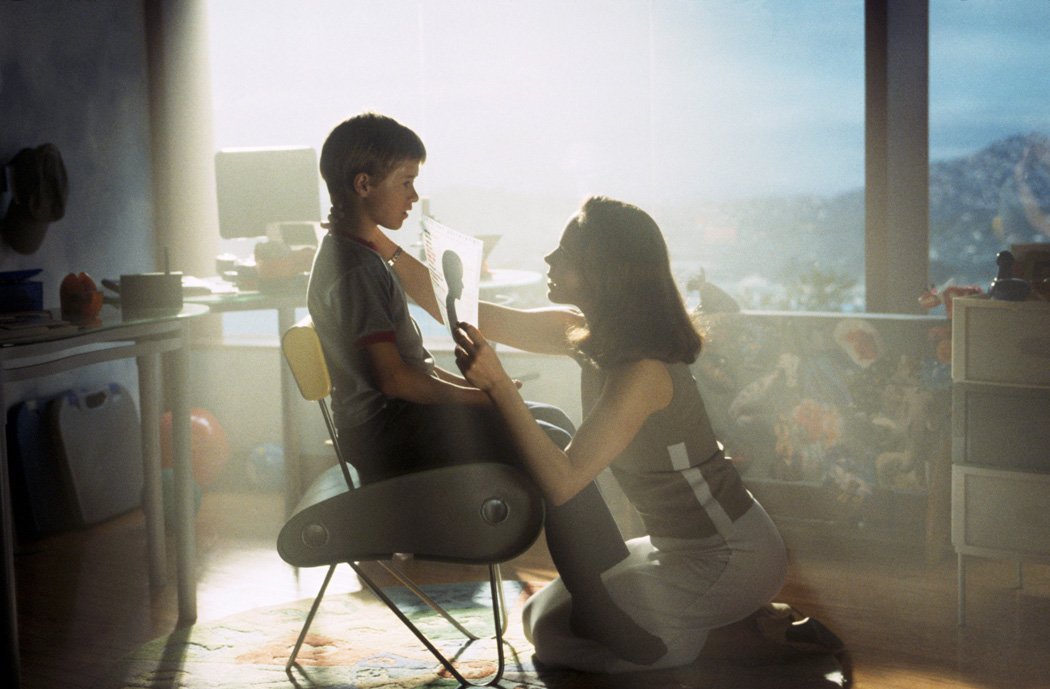 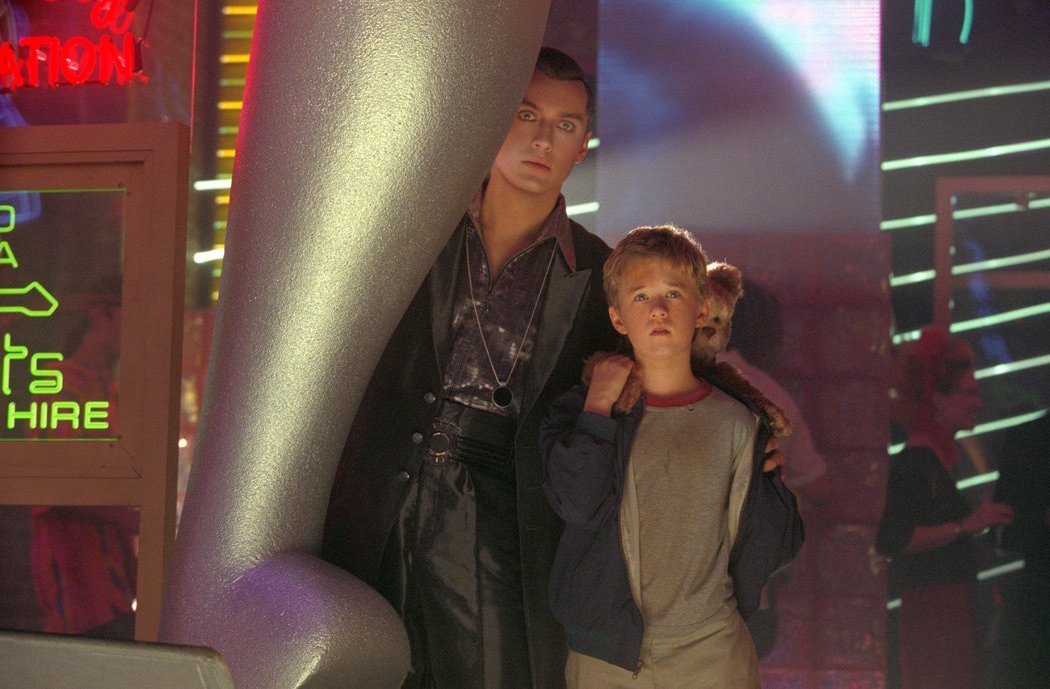 Why is Steven Spielberg the most famous director in Hollywood? He’s an absolute master of his craft, but he’s not necessarily a great filmmaker. There’s a fine line between animating life and being alive, and Spielberg’s films belongs to the first category. So it’s interesting that he picked up A.I. – which is about the artificial manufacture of love – after the death of Stanley Kubrick, a filmmaker whose work (love it or loathe it) did transcend technique to touch an intangible emotional chord.

What might Kubrick, who had a misanthropic streak a mile wide, have made of A.I.? There’s a cynicism and harsh edge to this story that Spielberg smooths out and polishes, so that the film fairly glows with the innocence of the Pinocchio figure at its heart. Young David (Haley Joel Osment) has been built to love. In the not so distant future – a time of limited resources and a controlled birth rate – David is a prototype robot child programmed to bond to his parent. In this case, it’s the bereaved young mother Monica Swinton (Frances O’Connor), whose husband Henry (Sam Robards) works for Cybertronics, the manufacturer of mecha (mechanical) companions for all occasions.

There’s a fascinating premise here: that the marvel of artificial intelligence will be used to create sanctioned slavery. After all, they’re not really human, right? But Spielberg (who wrote the screenplay, adapted from a short story by Brian Aldiss) initially glosses over these thorny issues by focusing on the growing bond between Monica and David. Then he layers on a bizarre sibling rivalry, which blossoms when the Swintons’ once-terminally ill son suddenly returns and doesn’t appreciate the role David (who he considers not much brighter than his “smart toy” bear, Teddy) has assumed in the household.

There’s a simple beauty to this portion of A.I. Everything is pared down to explore the dynamics in the basic human relationship between mother and child, and the amply skilled Spielberg recaptures some of the cross-species intimacy of E.T. The Extra-Terrestrial (1982). But this is big-budget Hollywood filmmaking, and special effects dominate the remainder of the film (which is nearly two and a half hours long, and feels like it) after David is exiled from the only home he’s ever known.

Everything from this point on is all-too-familiar science fiction fare, and while Spielberg dresses the story up, he can’t hide the fact that he’s using old clothes. The film introduces Gigolo Joe (the magnificent Jude Law), a mecha hustler programmed to pleasure orga (organic) females. Now this storyline would have made an interesting movie in itself, but the family-friendly Spielberg instantly neuters Joe and makes him a surrogate parent to David, who has read Pinocchio literally and seeks to become a “real boy,” and thereby gain his mother’s love (which of course, he already had).

There’s much brouhaha about the implicit war between the mechas and the orgas, as epitomized by Flesh Fair, where the medieval entertainment of public executions is revived as human crowds cheer the mutilation and destruction of robot life. (“Let he who is without SIMM cast the first stone,” yells the carnival barker.) Spielberg also reimagines Las Vegas in the carnival-like vice capital of Rouge City, thereby commenting on the perpetuity of two very basic human needs: sex and violence. Yet in the end, A.I. turns out to be merely an incredibly manipulative tear jerker, with any deeper commentary sacrificed on the altar of sentiment.

Do androids dream of electric sheep? That’s what scifi visionary Philip K. Dick asked in the novel that was adapted into the landmark film, Blade Runner (1982). Dick openly wondered: Why is being human so much better? Steven Spielberg never asks anything that complex. Instead, he wants to play the benevolent blue fairy, and grant David’s dearest wish to glimpse human consciousness. The simple opportunity to sleep, and perchance to dream.