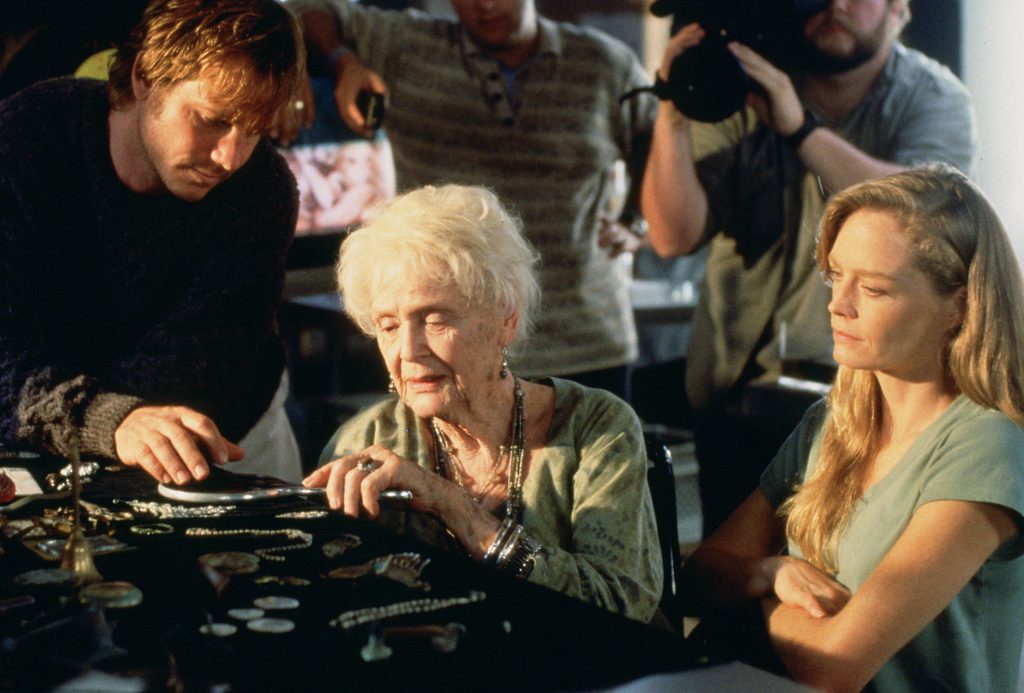 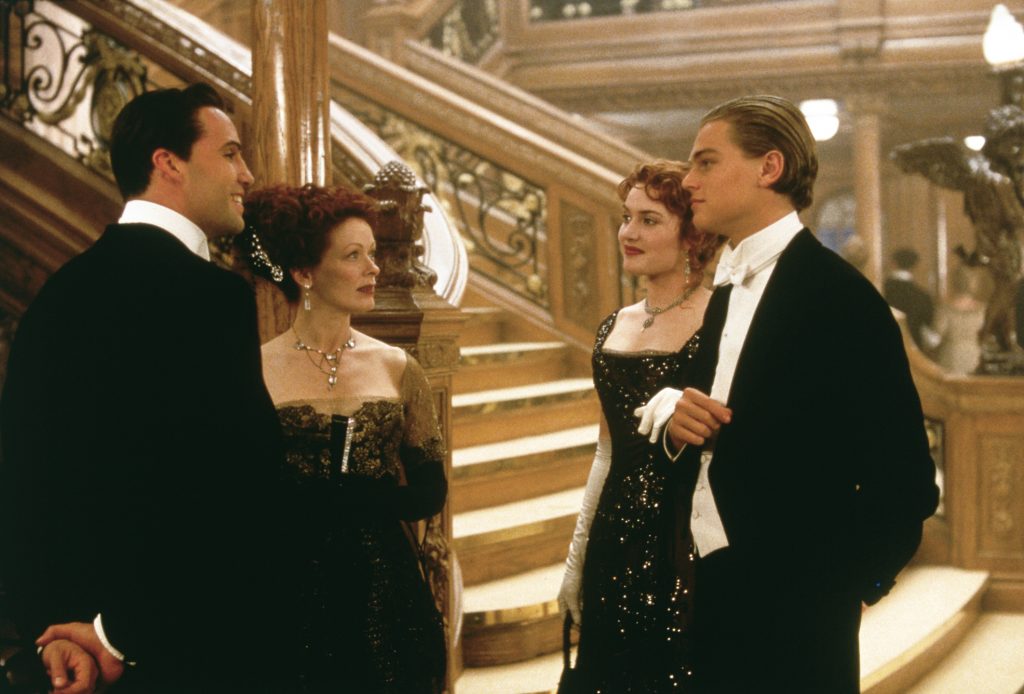 When the Titanic itself is first viewed in writer and director James Cameron’s three-hour plus epic, it’s an algae-covered hull on the ocean floor. For the leader (Bill Paxton) of an underwater salvage team searching for an ultra-valuable necklace, the infamous luxury liner is just an object containing sunken treasure.

When 101-year-old Titanic survivor Rose Calvert (a hypnotic Gloria Stuart) contacts them claiming to have information, she’s flown in among much skepticism. Through her memories, they begin to grasp the story of the Titanic’s maiden voyage. But hers is also a very personal story, about a grand passion: a shipboard romance that granted her a new life. Stifled by upper-class convention and her boorish, wealthy fiancé (Billy Zane), 17-year-old Rose (Kate Winslet) views the Titanic as a first-class floating prison. Jack Dawson (Leonardo DiCaprio), who won his third-class ticket in a card game, sees the trip as another exciting episode in his nomadic bohemian artist life.

Winslet and DiCaprio are exceedingly winning as the fictional star-crossed lovers on this real life ill-fated voyage, and Cameron uses their class-conscious romance to show a broad view of the ship and its passengers, who constitute a cross-section of 1912 society. Cameron also touches on issues of gender (women and children first), and seamlessly blends Titanic’s crew into the story, from the officers aboveboard to the men fueling the steamship in the inferno-like engine room. 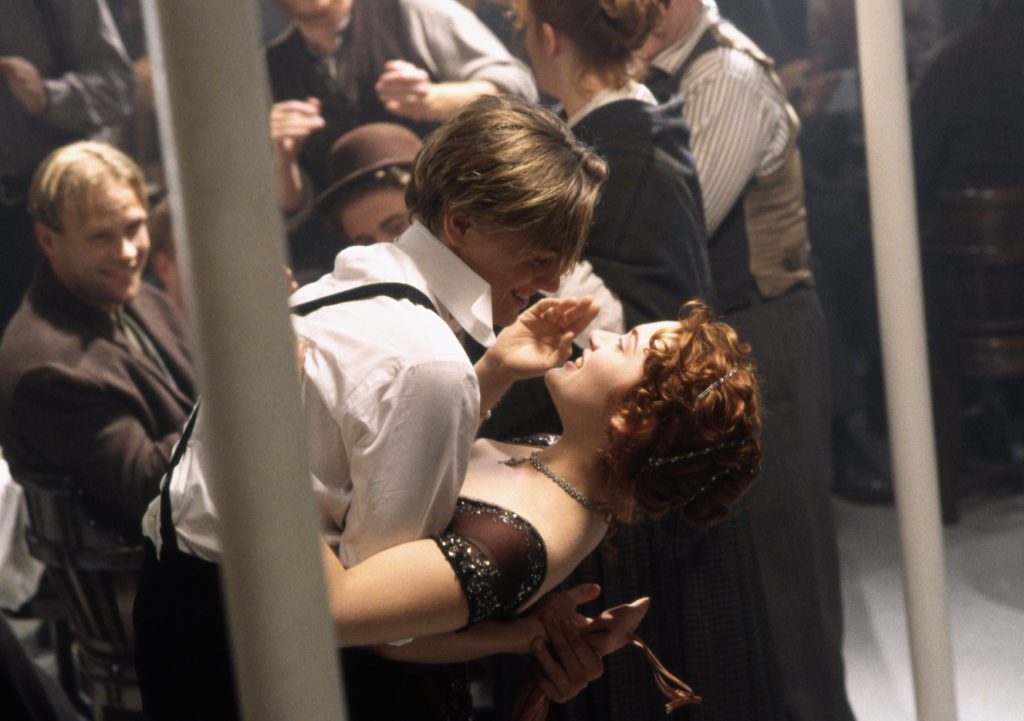 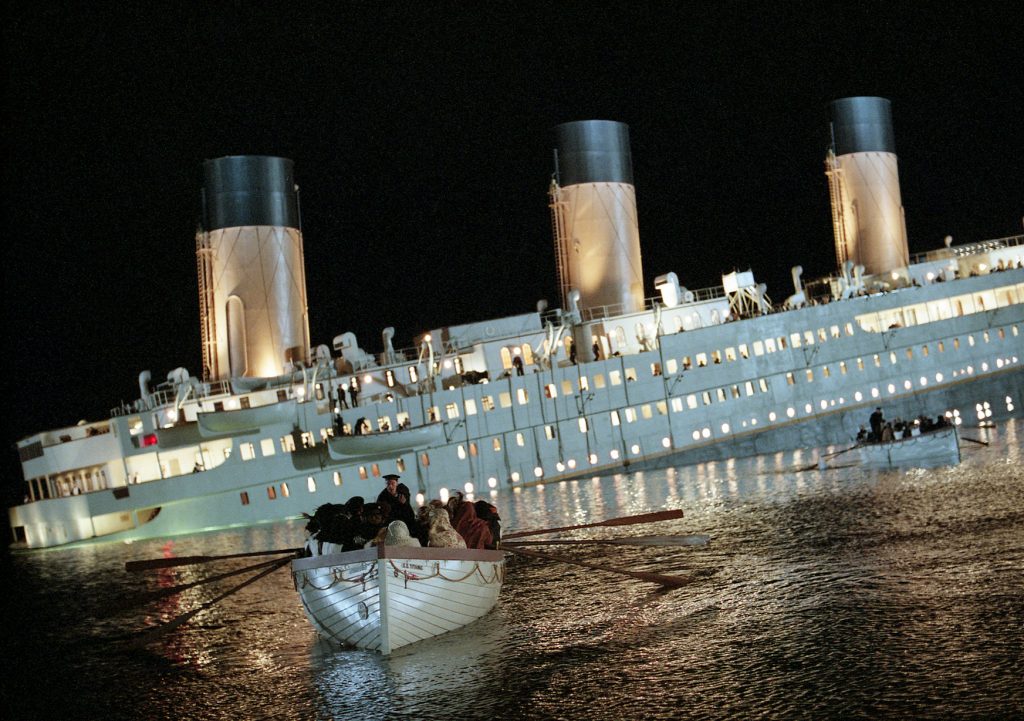 Early on in Titanic, the older Rose is shown a computer-generated recreation of the ship going down (including how it split in two). She comments that the actual event felt a bit different, and when Cameron – the wizard behind the Terminator films – shows the sinking of the Titanic, it’s a technically magnificent and emotionally wrenching experience. Cameron, who also co-produced and edited Titanic, brilliantly uses special effects as a storytelling tool. Several times, the camera pans along the ship and beautifully transforms it from wreckage to a brand new ocean liner and back again.

While his film meticulously recreates the R.M.S. Titanic, Cameron is more concerned with showing how and why 1,500 people lost their lives in the frigid North Atlantic on April 15, 1912. James Cameron has used the most expensive movie ever made to humanize the Titanic, a ship whose very name has come to symbolize the tragic consequences of technological arrogance.

Titanic is available on Amazon Prime and Hulu