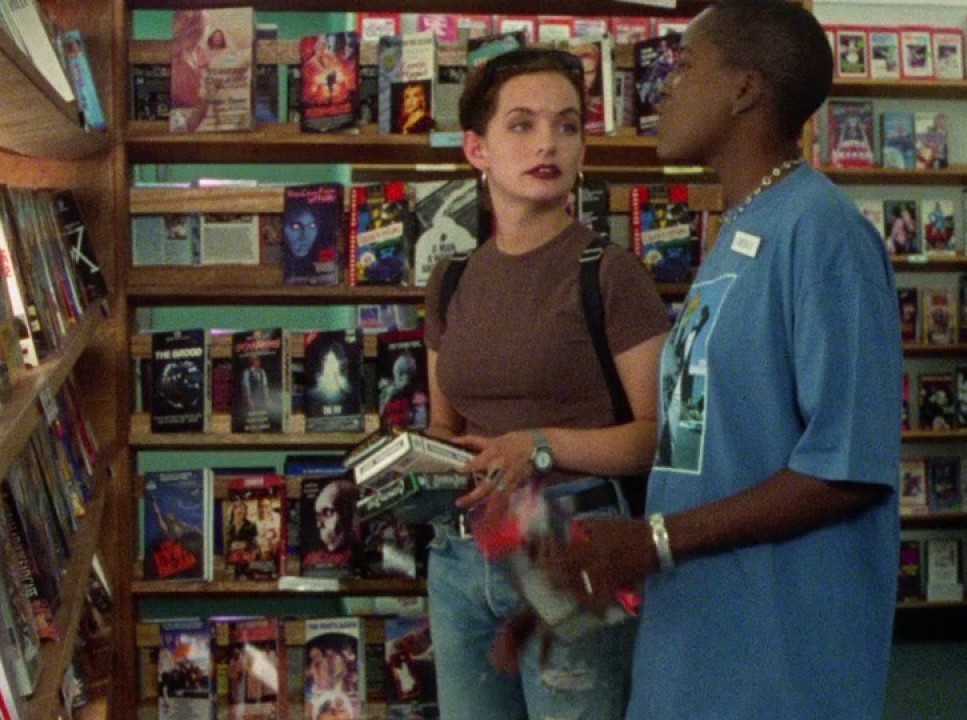 The Watermelon Woman is a vital example of New Queer Cinema, but it’s more than a time capsule. Funny and smart, full of biting humor and astute observations about identity and history, Cheryl Dunye’s audacious, joyous debut feature captures the process of falling hopelessly in love with the movies.

The first time Dunye speaks directly to the camera in this witty 1996 pseudo-documentary, she hesitates to even call herself a filmmaker. Her character (also named Cheryl) works at a Philadelphia video store with the brash Tamara (Valarie Walker), and the two run a side business as videographers. After completing a documentary of her own, the diffident Cheryl can finally declare, with matter-of-fact ease, “I am a black lesbian filmmaker.”

Mining film history to find representation, Cheryl becomes obsessed with the (fictional) forgotten African-American actress Fae Richards (Lisa Marie Bronson), who played stereotypical servant roles in 1930s B-movies. (She’s a mammy in Cheryl’s favorite, Plantation Memories.) The more Cheryl learns about Fae’s personal history, the more she finds parallels with her own proudly out life. Cheryl discovers that Fae was in a taboo interracial relationship with her female director around the time that she becomes involved with Diana (Guinevere Turner), a nomadic dilettante. During an ardent sex scene, this new digital restoration of cinematographer Michelle Crenshaw’s 16mm footage beautifully captures their contrasting skin color.

While Cheryl is an autobiographical projection, Fae Richards is an enticing fiction. (Writer/director Dunye worked with collaborators to create vintage footage and archival photographs.) Dunye balances the loose, impromptu feel of Cheryl’s search with the meticulous recreations of Fae’s world, and blurs fact and fiction even more in documentary-style interviews for a witty, enlightening exploration of identity.

The Watermelon Woman is available on Fandor