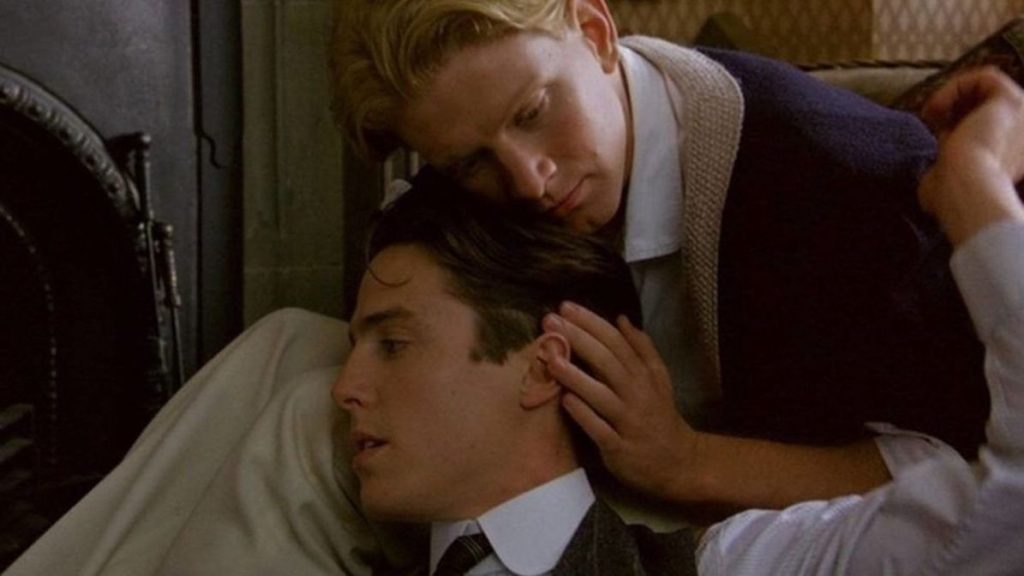 Maurice is the overlooked middle child in Merchant Ivory’s trio of E.M. Forster adaptations, sandwiched between the lighthearted mainstream hit A Room With a View (1985) and the prestigious critical juggernaut Howards End (1992). Thirty years later, Maurice has aged quite well, especially James Wilby’s challenging central performance as a testy Edwardian gentleman who embraces his sexuality during a time when being gay would not only get you shunned by polite society but also was punishable by flogging or imprisonment with hard labor.

Director James Ivory was already known for making gorgeous, naturalistic costume dramas about repression and its consequences, but Maurice, based on Forster’s posthumously published novel, was something else: a daring personal declaration that homosexuality was life, not death. In Ivory’s compassionate adaptation, co-written with Kit Hesketh-Harvey, Maurice Hall is allowed to be selfish, insecure, cruel and misguided, yet still worthy of love – and pleasurable sex. (Casual male nudity aside, Ivory is discreet with the details.)

In a leisurely 140 minutes, Ivory explores Maurice’s connection to two loves: Cambridge companion Clive Durham (Hugh Grant), who gives in to convention, and rough-hewn servant Alec Scudder (Rupert Graves), who inspires class rebellion. As a stockbroker, Maurice methodically calculates futures, but it takes him a long time to ask himself: What is it worth to live as you are? Wilby cracks the character’s genteel surface, releasing bursts of fear, pride and relief. His Maurice is neither martyr nor saint, radical only in his choice to pursue happiness.

Review by Serena Donadoni
Re-released on May 19, 2017 by Cohen Media Group
First published in The Village Voice, 2017.