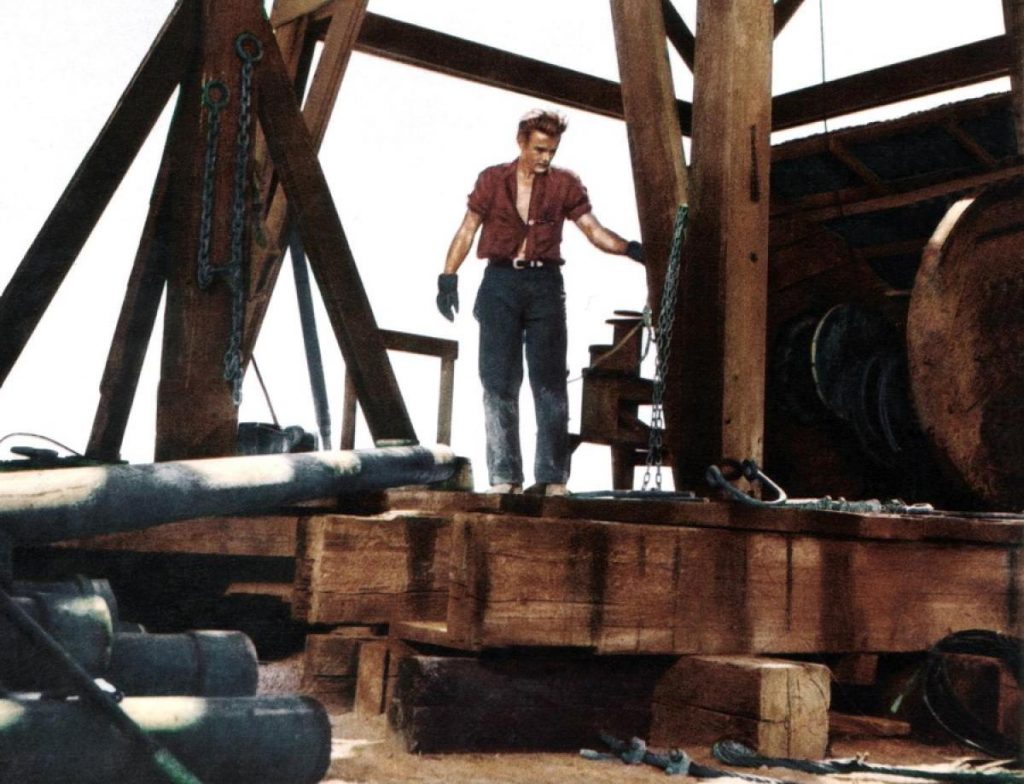 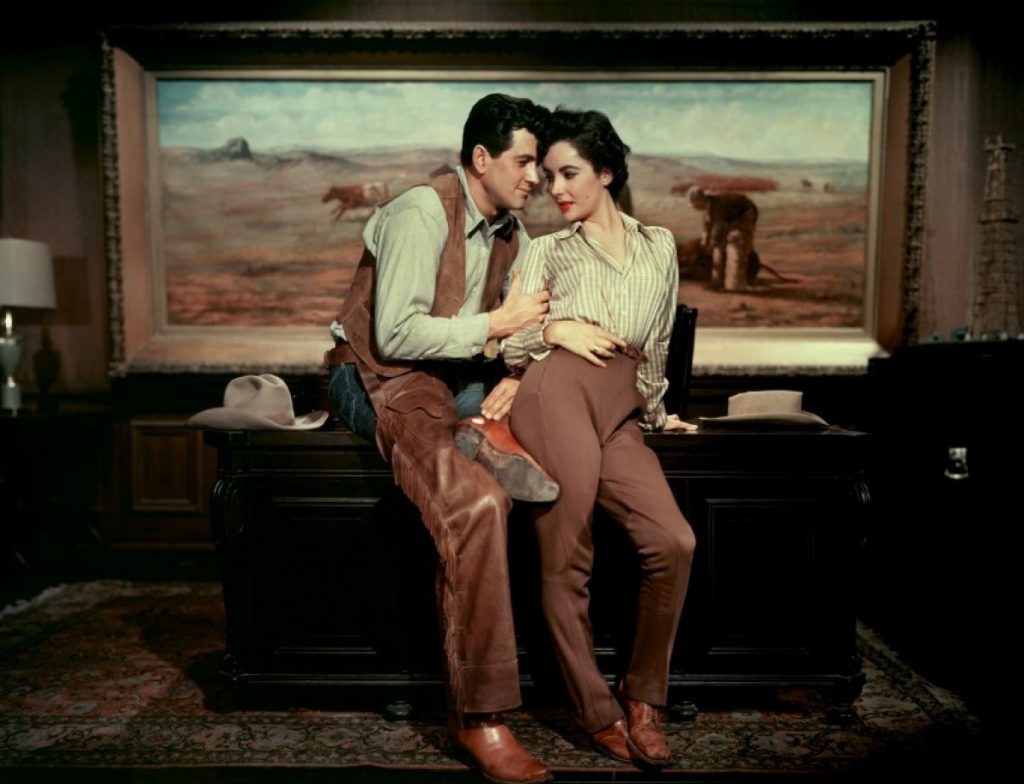 Stevens went against the 1950s shift to widescreen, shooting the grandeur of West Texas cattle country in a tightly framed 1.66:1 aspect ratio. Even the whopping running time (201 minutes) didn’t keep Giant from being a commercial success. Screenwriters Fred Guiol and Ivan Moffat have adapted Edna Ferber’s sprawling, multigenerational novel into an engrossing narrative of accumulated moments, especially in the way headstrong Leslie Benedict (Elizabeth Taylor) adjusts to life as a wealthy rancher’s wife.

Leslie confides to Bawley (Chill Wills) that she’s eager to see more of her adopted state, and her husband’s uncle says she’ll truly love Texas in 25 years, an unfathomable time for the young bride. “You’ll care more because then you’ll have been part of it all,” he adds. This quiet exchange captures the distinct quality of Giant more than the subsequent argument, when Leslie famously rebels at being shut out of a men-only political discussion. 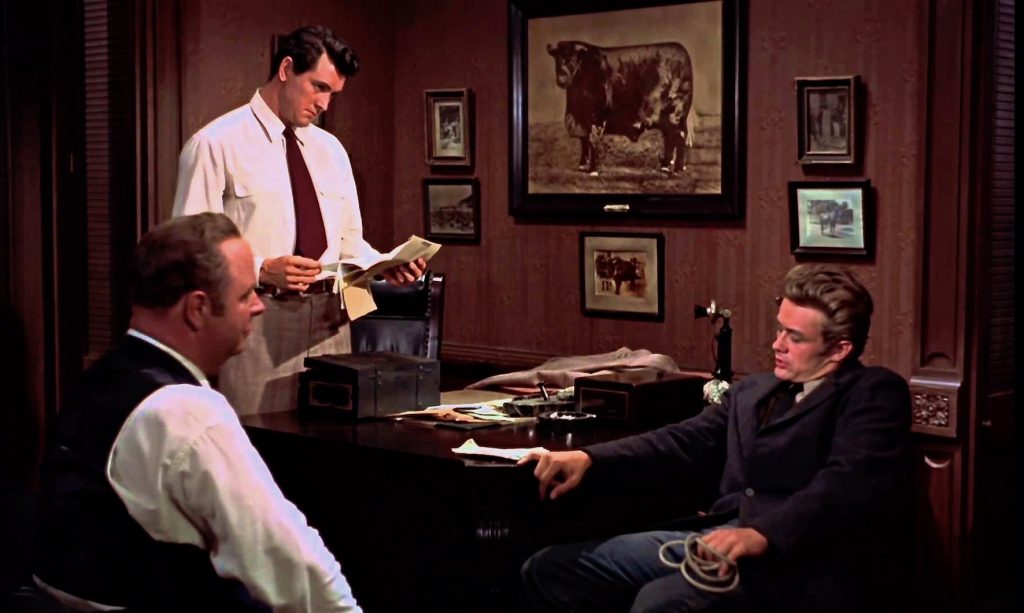 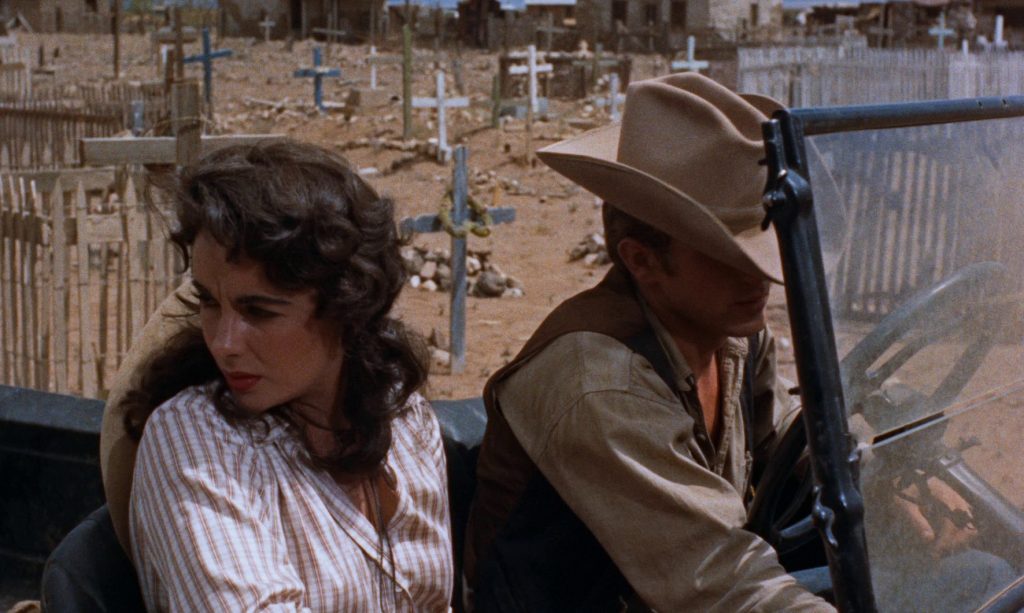 Two business discussions about the Reata ranch dig deeper into their rivalry, and demonstrate how both men value power over money. When Jett inherits a piece of the massive Benedict property, Bick lords over him and offers his obstinate former employee a seemingly generous buyout. Jett rejects the offer and earns millions from an oil strike on his parcel of land. Decades later, Jett slithers into the Benedict mansion on Christmas Day to find Bick slumped over, defeated by succession woes, and finally amenable to expanding the drilling to his pristine property.

Key to Giant‘s enduring appeal is how the outsized personalities of its stars mesh with Ferber’s characters. Closeted sex symbol Hudson’s towering Bick fills the big boots of his ranching family while struggling with the demands of traditional masculine authority. The taboo-breaking Taylor is the seductive, whip-smart Leslie, an assured reformer who views the injustices visited upon the ranch’s Mexican workers with maternal concern. And then there’s Dean’s most mannered, complex performance: Jett is at once transparent and enigmatic, especially in relation to Leslie. 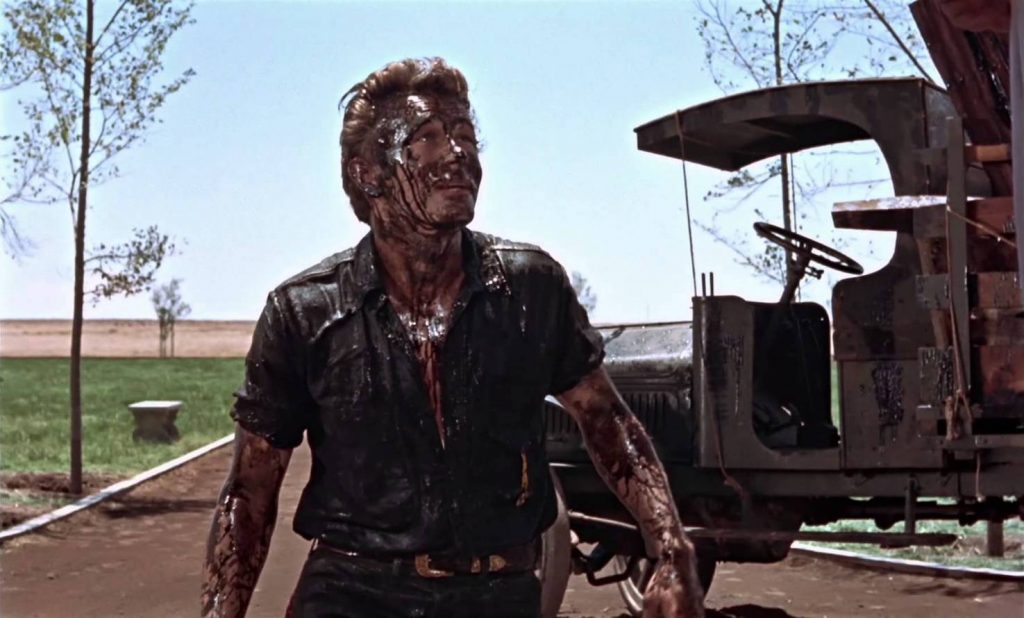 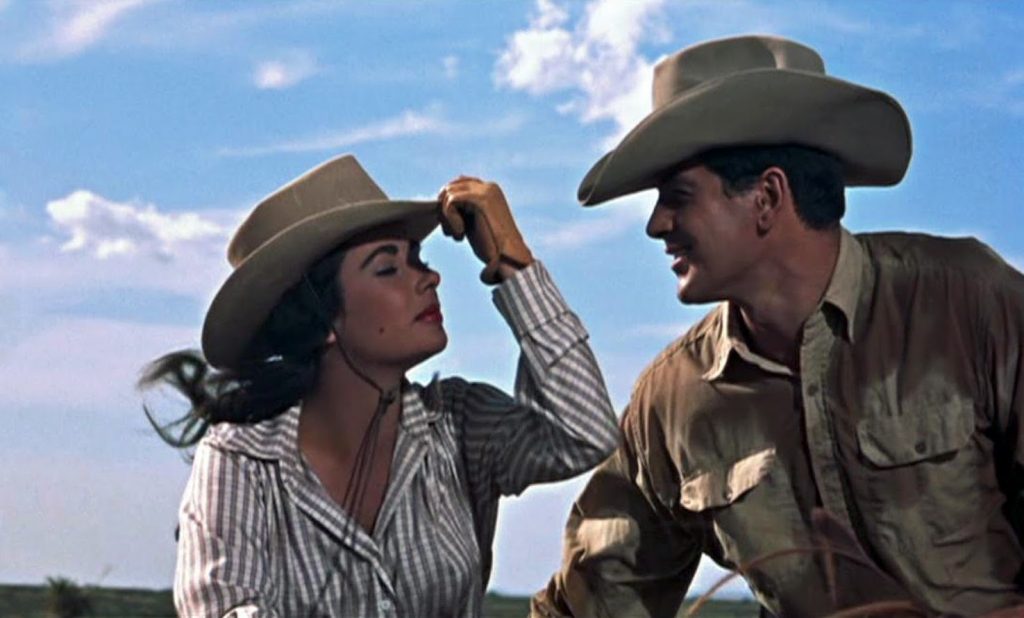 Stevens contrasts a courtly Jett trying to impress Leslie by serving tea in his modest house on “Little Reata” with the louche middle-aged oil man romancing her sharp-witted, capricious daughter Luz (Carroll Baker) in the empty bar of his lavish Austin hotel. Does Jett love Leslie or just covet her as one of Bick’s prized possessions? Dean plays it both ways. While Leslie and Bick change and mature (going from studs to caretakers), Jett only hardens with age, a perpetual outsider whose wealth brings more isolation.

All three of Dean’s film characters crave unconditional love and feel the ache of its absence. Unlike East of Eden and Rebel Without a Cause, Dean had the chance to explore how that loss shaped his character’s later life in Giant, and the actor’s early death – a year before its 1956 release – adds a keen poignancy to Jett’s lost potential. He symbolized Texas’s booming future, but Jett couldn’t shake the stranglehold of its feudal past.