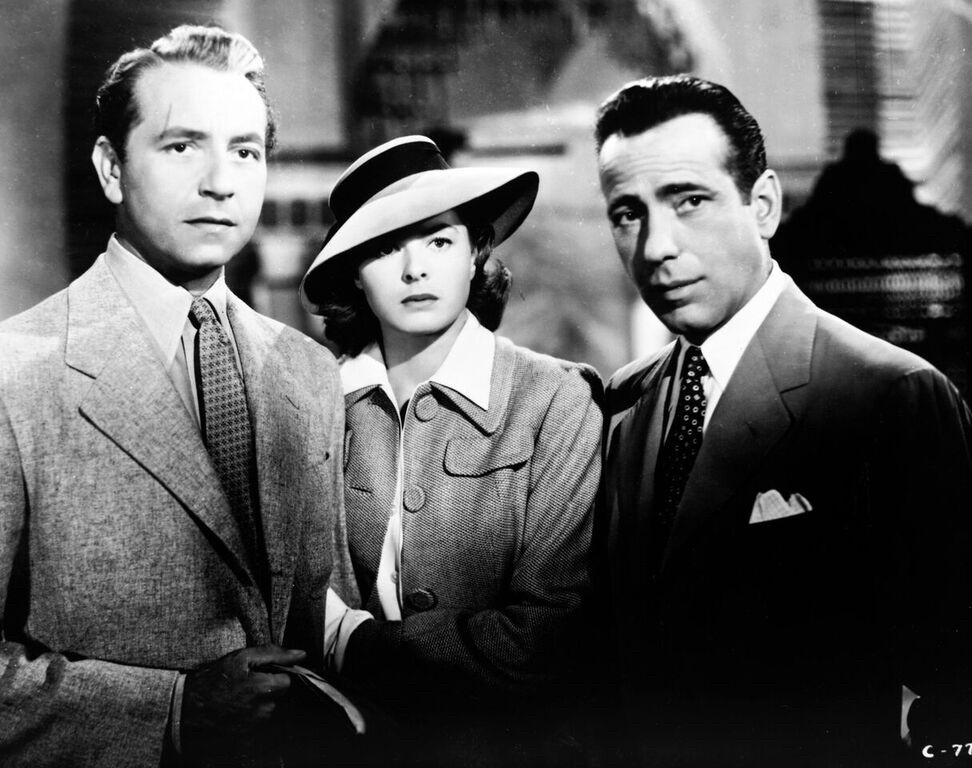 Casablanca is a sharply political movie, displaying overt admiration for anti-fascist activists and sympathy for refugees while subtly probing the corrosiveness of appeasement. In the decades following World War II, the 1944 Academy Award winner – Best Picture, Director (Michael Curtiz), and Adapted Screenplay (by Julius J. Epstein, Philip G. Epstein, and Howard Koch) – has been viewed as a glamorous love story, a quotable relic of Hollywood’s heyday, and a gateway drug for classic-film addicts. But against the current rise of nationalism and xenophobia, the political climate that generations have taken as a backdrop for the romance of Ilsa Lund (Ingrid Bergman) and Rick Blaine (Humphrey Bogart) crashes to the forefront.

Suave dissident Victor Laszlo (Paul Henreid), lauded for his anti-Nazi tracts and daring getaways, impresses even blasé Rick, whose bar serves as a neutral gathering spot in the Moroccan city under French colonial rule. In the early 1940s, Casablanca became part of an escape route for European migrants yearning to breathe free. Ilsa, husband Victor, and her former lover Rick meet at this crossroads, and how they respond reflects their ideologies. Loyalty, cynicism, and defiance are as important as passion in their interactions, and the isolationist Rick only regains moral clarity by choosing a side.

Casablanca was filmed in the safety of the Warner Bros. lot, but the cast of immigrants and exiles who had fled the Third Reich conveyed their visceral fear. While the future was uncertain, the resolute characters of this exquisite wartime drama found peace through love and resistance.

Review by Serena Donadoni
Re-released on December 28, 2016 by Warner Bros.
First published in The Village Voice, 2016.