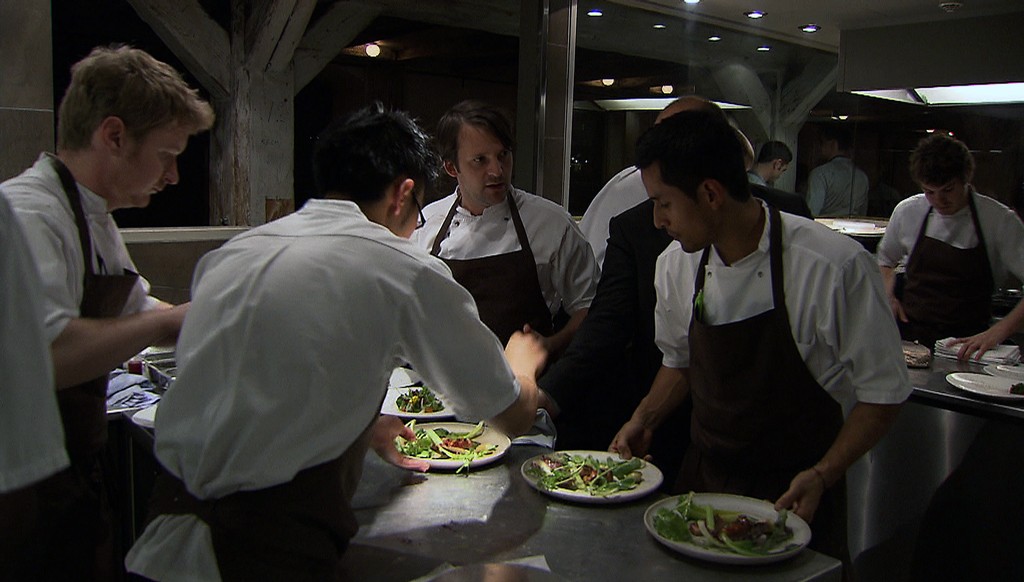 Unlike the exquisitely prepared food in this documentary, Three Stars has too much on its plate. Director Lutz Hachmeister offers a taste of the dining experiences that rate three stars in the Michelin Guide, but he can’t decide whether to embrace or condemn the venerable publication. This ambivalence is shared by chefs who’ve received a Michelin stamp of approval, from Danish upstart René Redzepi to French veteran Olivier Roellinger. While Hachmeister acknowledges that Michelin rewards bold culinary innovation as well as refined traditional cuisine, he expresses a distrust of the star system that turns chefs like Jean-Georges Vongerichten and Juan Mari Arzak into celebrities and their food philosophies (Eurasian fusion and molecular gastronomy, respectively) into worldwide trends. Three Stars captures the high-stress, testosterone-fueled kitchens that feed an international clientele and then contrasts them with quiet, communal environments like Dal Pescatore: Chef Nina Santini’s extended family works in the restaurant, lives on the property, and tends the small farm. Their ingredients and methods may vary, but all these workaholic chefs view their rarefied fare as art. They can only hope Michelin’s influential tastemakers feel the same.